This paper does not try an analytical overview of the activity in the last 14 years of the two Councils of the Italian Communications Authority (agcom) that have been in charge thus far. It attempts to stimulate readers to form a their own critical judgment instead. To this end, we examine some of the most significant markets in the Electronic Communication sector, discussing their development in Italy and by comparing it with the ones of other eu member states. It results that this process has been influenced from time to time by the structural differences between countries and by the effect of national policies and, also, by the different role played by the regulation. Sometimes it appears clearly that the lack of economic politics guidelines has hindered the regulator's ability to take a proper forward looking approach. The markets covered are Broadband, Mobile and Fixed Telephony; while the countries chosen as a reference are: Belgium, France, Germany, Great Britain, Holland, Poland, Spain and Sweden. 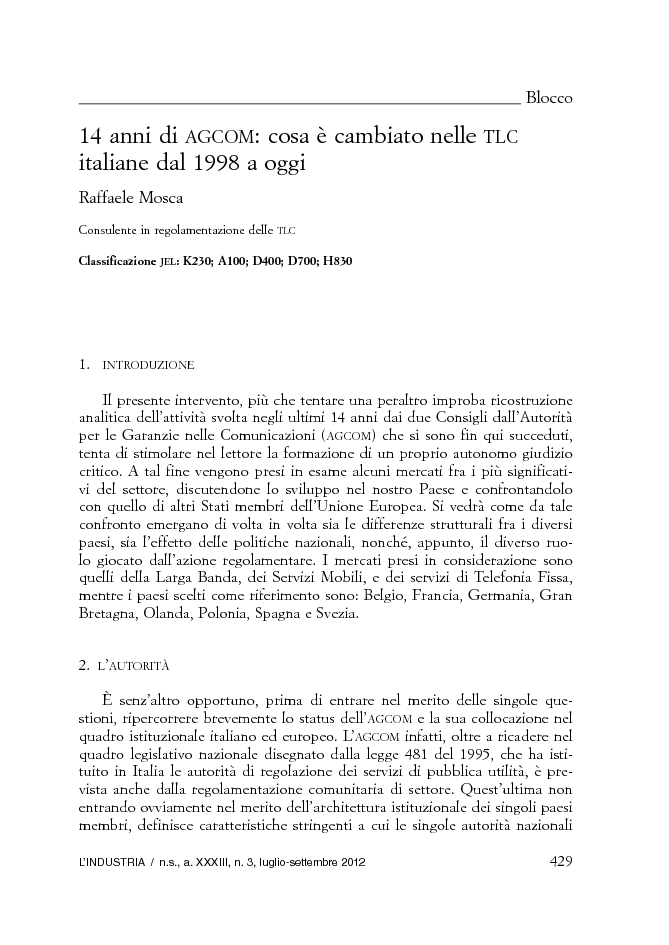