This study discusses the main problems in assessing overall spending efficiency of local governments and presents an application of non-parametric techniques (DEA) to the activities carried out by Italian municipalities. The analysis relies on a sample of 262 municipalities in the Province of Turin and estimates a best practice frontier for five sectors that play a primary role in terms of both the importance of services provided and the incidence on municipal budget (on average, 86 per cent of total current expenditure): general administration, waste management, road maintenance and local mobility, education and elderly care. The results show that it is possible to save, on average, 22 per cent of the resources currently allocated to the five functions, with values of inefficient spending which tend to increase with decrea sing size of municipalities. The estimation of returns to scale also reveals that the optimal size at which a municipality would have to operate is between 2,000 and 5,000 inhabitants, giving support to the recent forms of cooperation observed among small local governments (e.g. Unioni di Comuni). Finally, from a first exploratory investigation of possible determinants of inefficiency, the degree of fiscal autonomy and the rigidity of the budget constraint of municipalities emerge as the most relevant factors in order to control excess spending, while incumbent politicians' behaviour linked to the «electoral budget cycle» has the effect of increasing inefficiency. 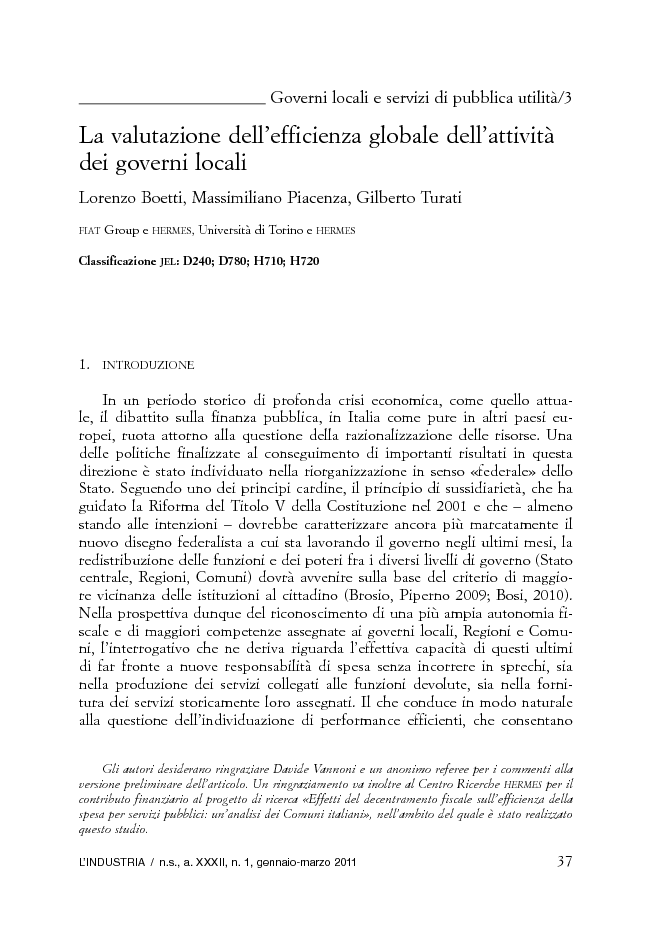