According to the current European rules on Structural Funds, per-inhabitant GDP's of the EU regions are adjusted for the average price levels in the country (National PPP's = Purchasing Power Parities), rather than the specific price levels in each region (Regional PPP's). While confirming this procedure, the Regulation (EC) n. 1445/2007 states that «Member States are encouraged to produce date for regional PPP's». This paper simulates some potential effects of a possible use of regional PPP 's instead of national PPP 's on the eligibility of regions for special funding under the «Convergence» objective (regions whose development is considered lagging behind). This change will not affect significantly the regions now excluded, that would become eligible in a relatively small number of cases. On the contrary, a larger number of the regions which are eligible now, risk being excluded. In particular, this would happen for several regions of the old member countries, where prices were even slightly lower than the national average. Among these, the regions of the Italian Mezzogiorno. Potential exclusion also increasingly affects the regions of new member countries, in which the development process is likely reducing the spatial price dispersion. Such possible effects, in addition to the difficulties in technical collection and processing of price statistics at the regional level may explain from a «political» point of view the slowness with which the EU is going to change the adjustment methodology. 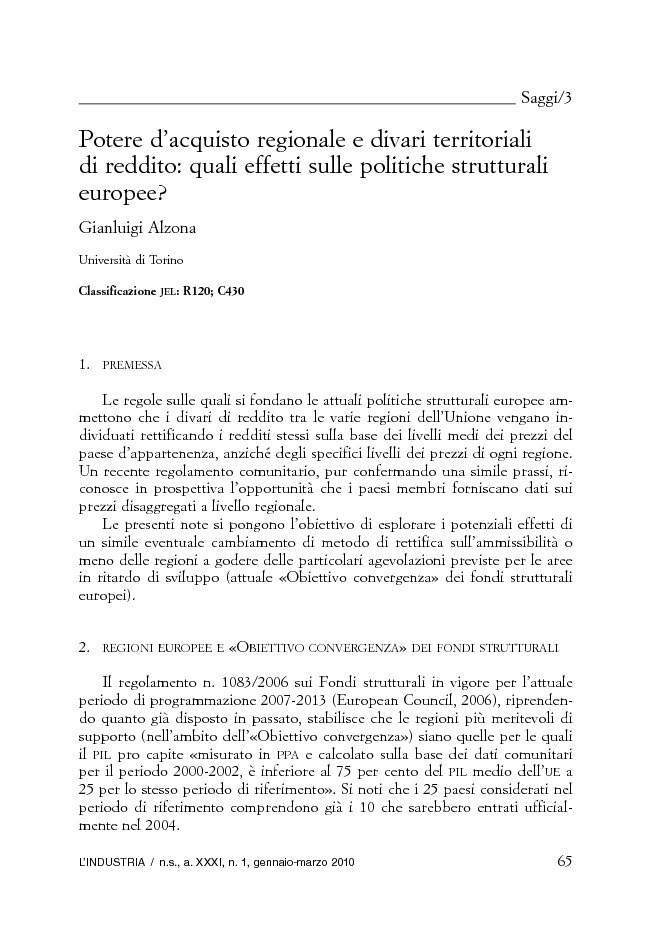