This article explores the industrial roots of the present Argentina's crisis. Since the mid of 19th century, Argentina developed a model of social modernization without industrialization, based on export of primary commodity to Western developed countries. This model was exhausted during the 1930s; crisis, because of the ring of protectionism in the Western countries and replaced by an import-substitution approach, which promoted a wide range of small sub-optimal plants. In the mid-1970s, the military government opened the economy to come back to the primitive export-agrarian model. The impact was a sudden restriction of the industrial basis, which claimed for a new protectionist stage, and the rising of a mega-inflation, which favoured a destructuring of manufacturing companies. The 1991 Convertibility Law stopped the inflation, attracted foreign investment, favoured structural reform, but once again the unilateral, sudden opening of the economy squeezed the industrial structure, which has been not capable to recuperate productivity or the same rate of dollar re-evaluation. International Institutions underestimated the industrial roots of Argentinean economic default, and the needs of widening the production and export basis of the country. 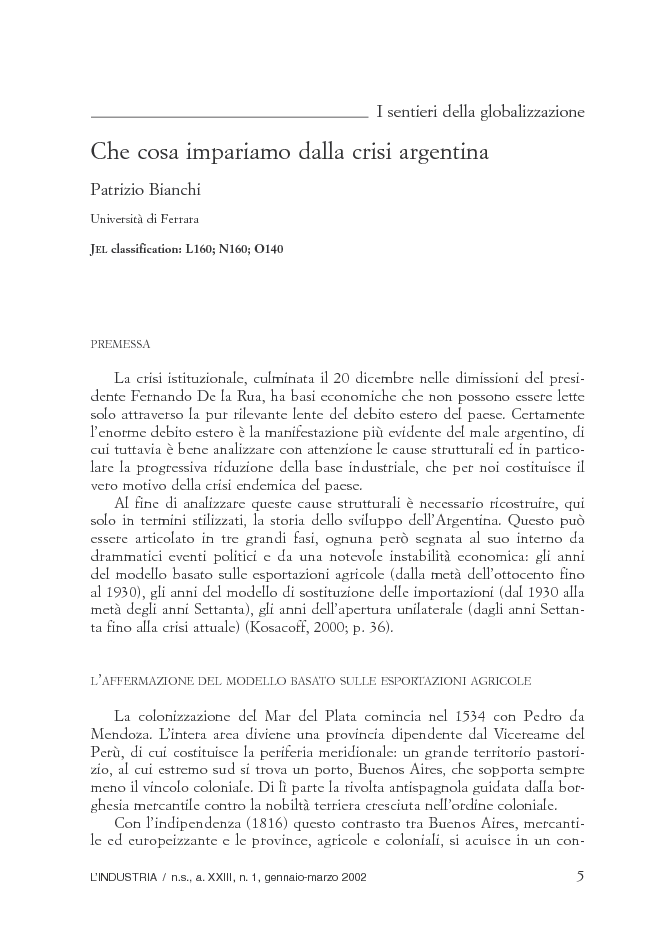