The report examines the relationships between public power and industry in Italy during the last quarter of the 20th century. Twenty five years ago, the legal frame was dominated by the presence of the State; competition was of secondary importance. Nowadays the situation is changed. While the State once dominated the Economy, now it is the Economy that dominates the State, which is subject to the rating of specialized rating companies. The development of the "World Economy" brings important decisions outside of the national Government, which can only attempt to control the most significant effects of such decisions. In order to win back a lost dominion, States develop networks, agreements and supranational organizations. While the State once imposed targets, now it imposes rules. The new economic constitution, however, has not entirely replaced the old one. In fact, it has happened in only a few cases (for example, privatizations). In others, complicated balances are created between the two arrangements, namely concerning external and internal controls, the Government's industrial policy, liberalization and privatizations, regulation and independent agencies. The future prospects regard three aspects. The first is the EU's limits with respect to the World Economy. The second concerns the State: far from retreating, it is organizing itself in other ways. The third regards the relationships among public interests and the relationships between public and private interests. 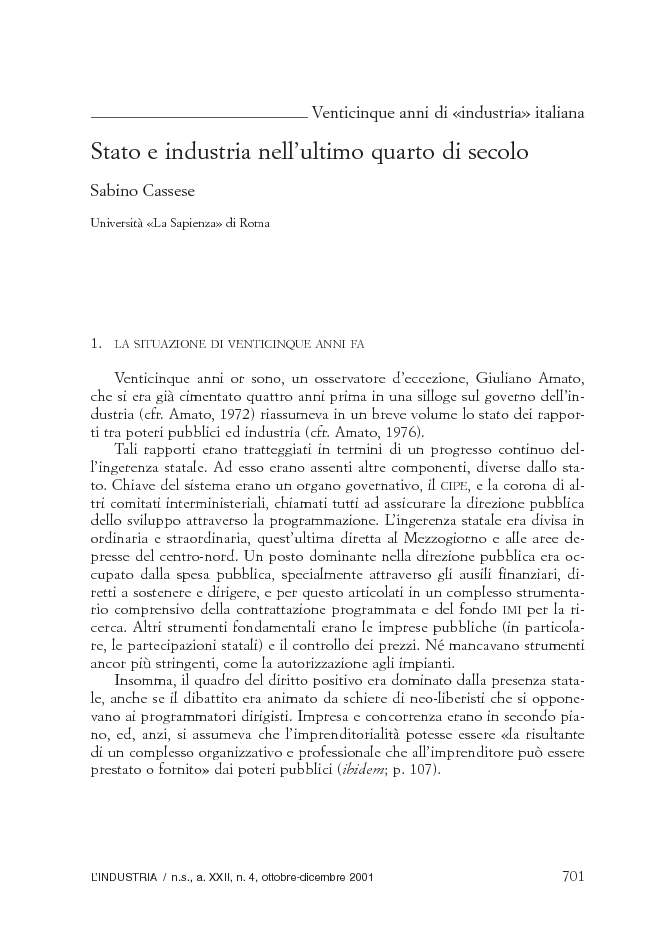