Internet has become an important distribution channel, a real global market that puts the enterprises in front of new competition, with no limits of space and time. Many studies have been conducted to demonstrate what two American scholars, Erik Brynjolfsson and Michael D. Smith, define as "the conventional wisdom regarding Internet competition", which amounts in the unique characteristics of the Internet push that "will bring about a nearly perfect market". This study wants to repeat the same experiment for Italy, where Internet still represents a young phenomenon. It is an empirical sample research, based on a survey of prices of two categories of homogeneous products, CD's and cellular phones, conducted both on Internet and in shops (the traditional channel of selling). The comparison doesn't show clear tendencies: prices are not always lower on line, because of the frequent incidence of all additional charges to obtain the goods at home. Moreover a hight dispersion of prices still persists as in shops. In conclusion, it is still early to establish in which direction the on line market in Italy will go. As explained more deeply in the appendix, it potentially recalls some characteristics of the perfect market, however elements such as notoriety, "visibility", the guarantees and the services offered, trust and fidelity of clients, which determine a certain "market power" of many enterprises and retailers in the traditional market, have an importance even greater on line due to a continued high level of diffidence among consumers. 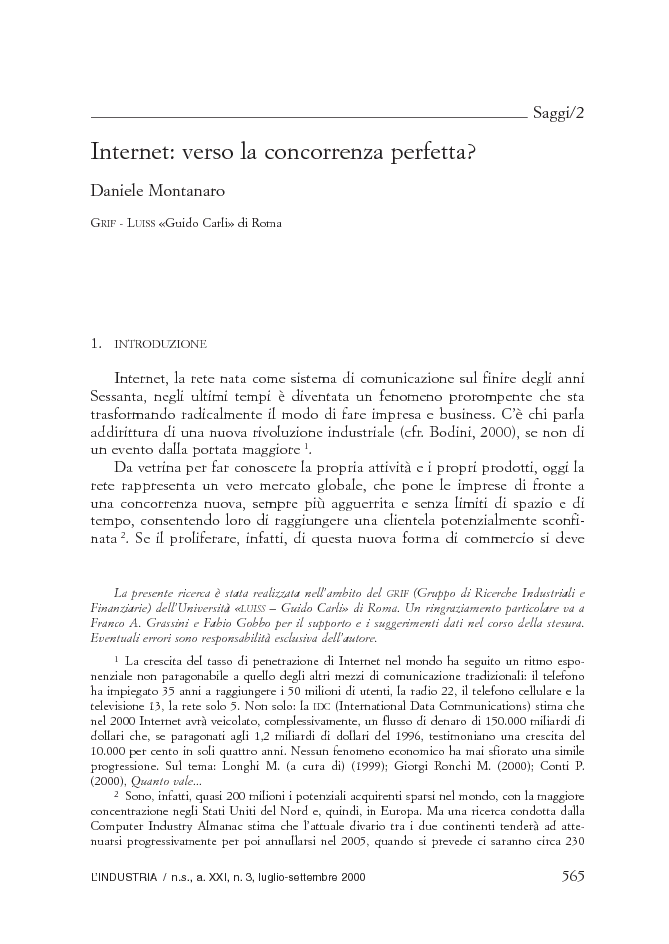