Road tolls may be an efficient instrument to control traffic, while road costs are better financed through the petrol tax. Financing highways through project financing / concessions has numerous drawbacks, mainly fragmentation and irrational pricing, high financial costs, contractual rigidity. Regulation is difficult and inevitably discretional, with a high risk of "capture" of the regulator. The scope for greater efficiency by private concessionaires is very limited, and benefits from competition could be better obtained through unbundling. While tolls were originally introduced, in Italy as well as in France, as a new tax earmarked to finance costs of highways built by state owned companies, after privatization highways concessions have become an essentially financial business. The regulatory system introduced in Italy in 1999 has failed in its purpose to stimulated productivity and investments, while it has allowed a dramatic increase in concessionaires' profits. 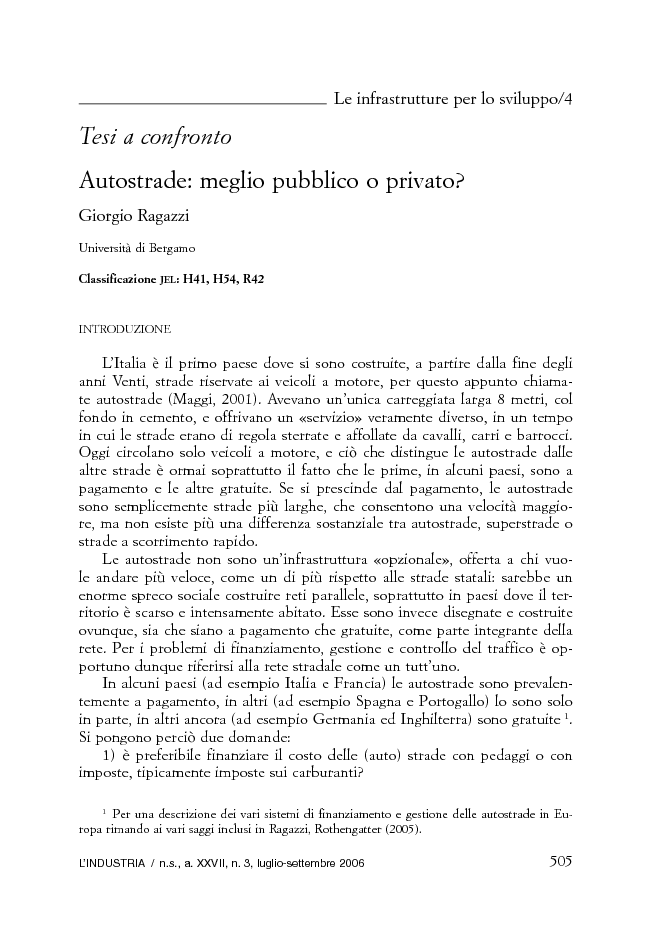