This introduction to the section on the Eastward enlargement of the EU is composed of two parts. The first part reviews the essays published by M. Nava, P. Guerrieri, G. Graziani, R. Nicastro et al., highlighting their main conclusions. In a highly contrasted picture, the analysis identifies more strengths than weaknesses from the economic point of view. Enlargement is therefore interpreted as the "third bright idea" of economic Europe, following internal market and monetary union. In the second part, the essay focuses on the new industrial policy now emerging at Community level. Starting from the Communication of the European Commission - "Industrial policy in an enlarged Europe" (december 2002) - the paper examines the persisting role of manufacturing in the European economy, which is rich and developed, but still far, in many key sectors, from the frontier of technological progress. Will the current EU be able to make of the Lisbon strategy its "fourth bright idea" of economic Europe? What can be said is that the agenda of economic reforms designed in 2000 in the Portuguese capital is still appealing in terms of efficiency and competitiveness as well as in terms of social cohesion. 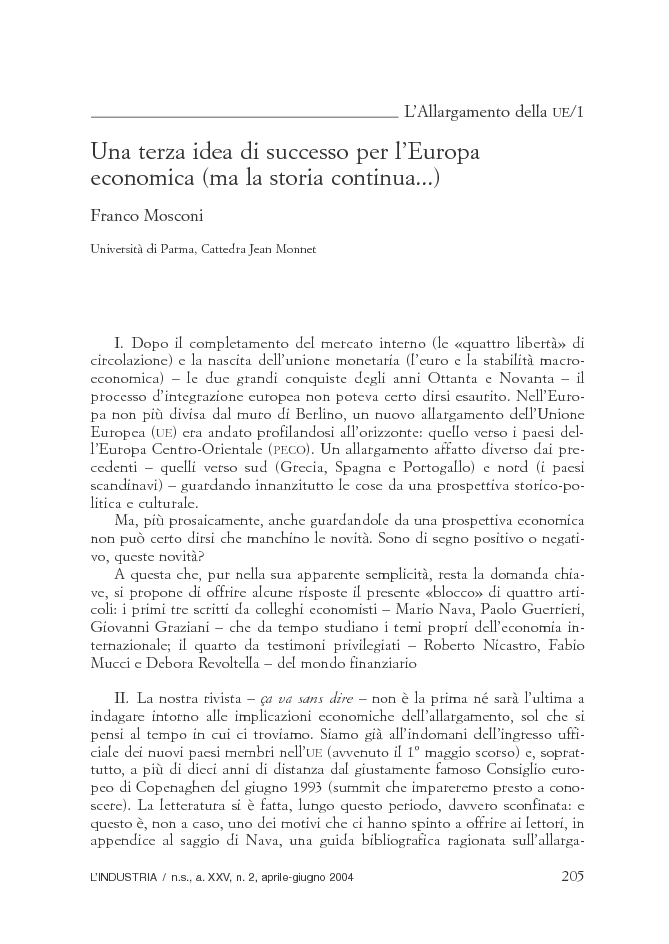