The state-business relationship is at the core of the East Asian industrialization path, the so-called «developmental state» model, which the Ethiopian government has been pursuing since the early 2000s in a bid to implement its economic development agenda. This article investigates how the institutions shaping state-business relations are structured and operationalized under the new model. By triangulating primary and secondary data, the study reveals that the eprdf-led government has made various reforms to improve its relationship with the private sector and incorporate the new paradigm into its governing system. However, it failed to create mutual trust and credibility, mainly due to its limited ideological commitment to entertain the independent capitalist class and the absence of well-functioning bureaucratic institutions. As a result, the state is not well embedded in society, which is a principal weakness of the Ethiopian developmental state model. Ultimately, sustained economic growth, the source of developmental state legitimacy, depends on forging a genuine and sustained relationship with the independent private sector, which primarily requires the willingness and capacity of the state. Other alternatives, such as the neopatrimonial system, would inevitably end up in corruption and rent-seeking political economies, as has been the case in Ethiopia. 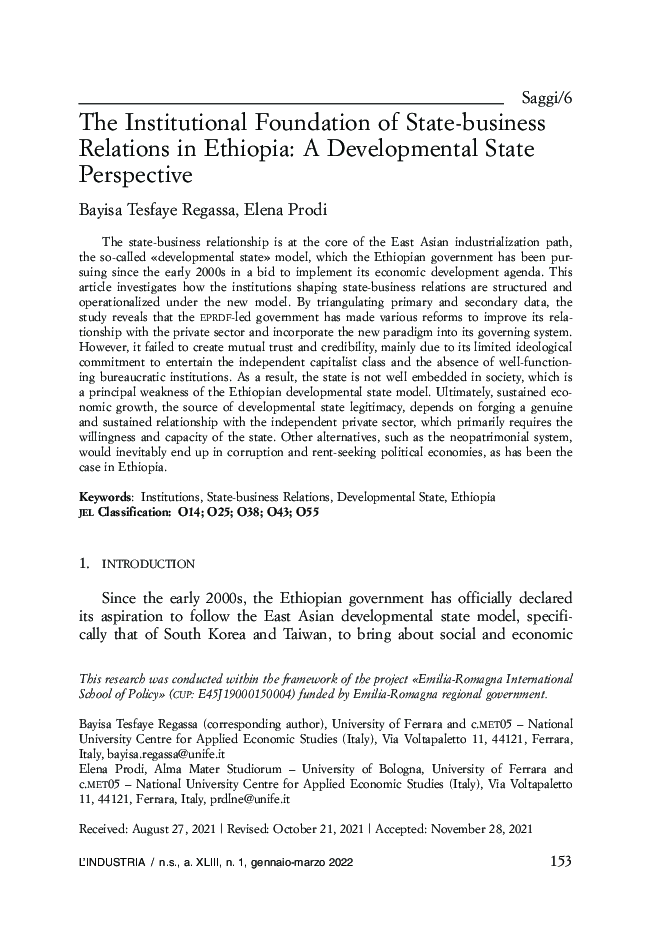