This paper aims at investigating the geographical patterns of technological transformations occurred in the Biopharma industry at the scale of eu regions, through a network analysis of firm cross-regional cross-sectoral linkages in the years 2000-16. To this purpose, information on co-patenting, mergers and acquisitions, and joint ventures and alliances is used to carry out a region-level analysis. Results show an increasing involvement of European regions in cross-sectoral Biopharma operations. However, while the network displays a tendency to enlarge toward the East (Poland) and West (Spain), a significant reduction in the activity of peripheral nodes in the Southern and Northern borders of the network is observed. In the most recent years, the overall interconnectedness of the network slightly decreases; the network becomes sparser, showing a propensity toward a regionalisation of cross-sectoral linkages. Finally, by exploiting information on the location of companies and inventors involved in cross-sectoral operations, the investigation allows pinpointing regional communities and their evolution throughout the period considered 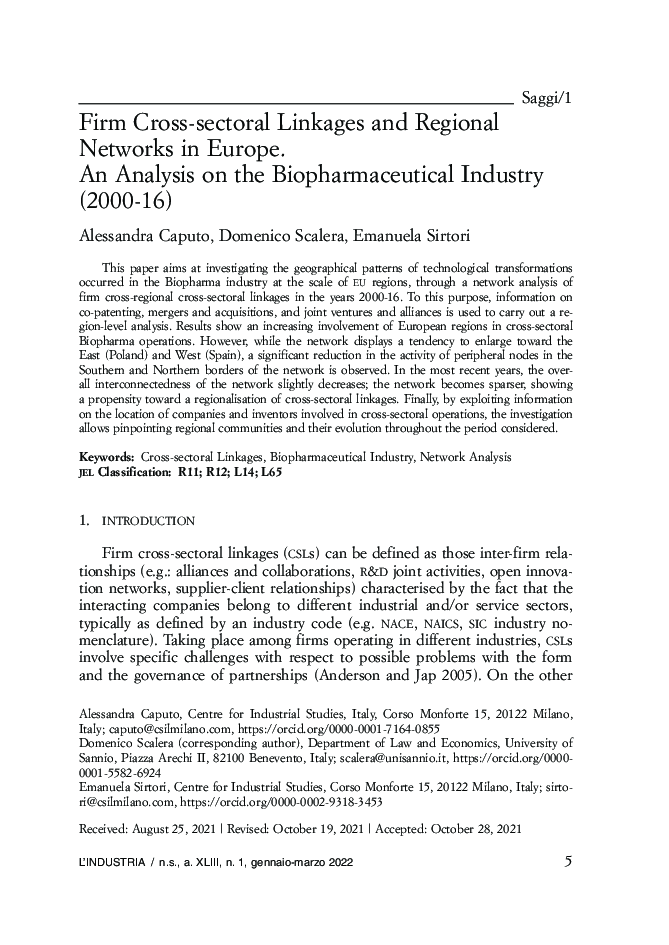