This paper analyses fiscal policy responsiveness of Spanish Autonomous Communities' (ACs) over the cycle. We estimate fiscal reaction functions to analyse the response of ACs' fiscal impulse and fiscal stance. On the one hand, an analysis of the change in the primary balance (the fiscal impulse) suggests counter-cyclicality over the period 1987-2008, but an a-cyclical impulse over the whole sample 1987-2012. "Foral" ACs stand out from other ACs, as their response is much more counter-cyclical. We do not find evidence regarding any asymmetric behaviour of ACs in good or bad periods. On the other hand, the response of ACs' fiscal stance indicates that ACs' discretionary fiscal behaviour has been pro-cyclical. This pro-cyclicality has sharpened since the last crisis, which is especially worrisome, as health, education and social services expenditures are within regional responsibilities. Lastly, we identify asymmetric responses across ACs. A first attempt at identifying the determinants of these asymmetries throughout the crisis points to the role of persistence and initial debt level. 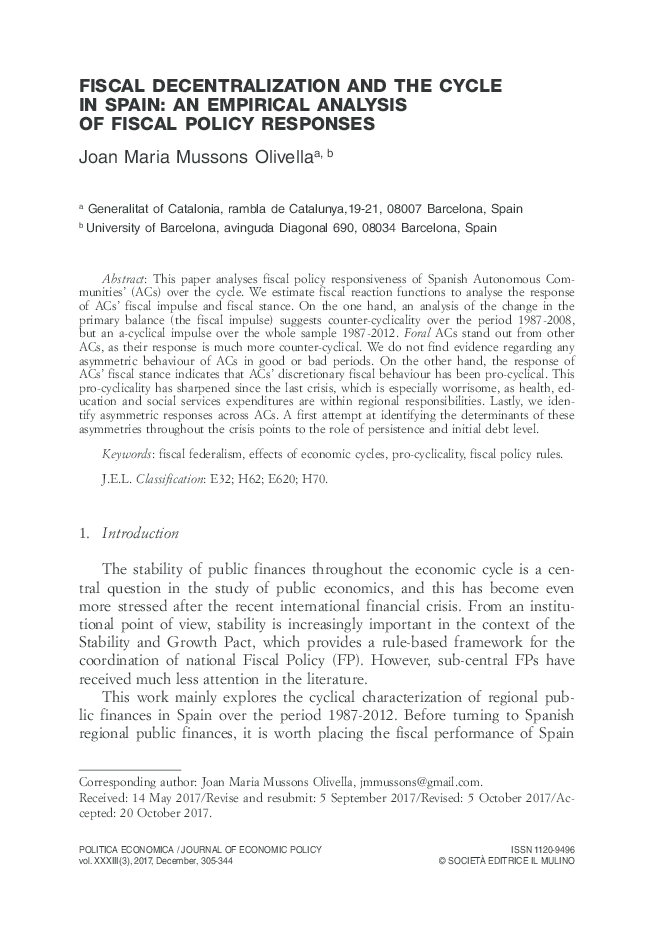