An increasing share of Italian industrial firms chose to become multinational since 2000, notwithstanding the small average size of our firms and the high sunk costs involved in this decision. Among firms with at least 20 employees 18.7% owned a foreign productive unit in 2011 (up from 13.4 in 2004), according to survey results. The main reason for locating units in advanced countries is to be close to outlet markets and not to save on costs; this is true also for investments in developing countries, where nearly half of foreign affiliates were located. Italian multinationals are on average more productive and profitable, even when compared to exporters with plants solely in Italy. The productivity premium relative to exporting firms is 15 percent, in line with estimates by Helpman et al. (2004) for the US. Since 2008, in the aftermath of the crisis, Italian multinationals performed better than the average firm, also on the Italian labor market. Throughout this period they tended to have more optimistic plans and forecasts, which were then confirmed by later results. In fact, internationalization and exporting have been successful strategies for many firms during the crisis. The better-than-average performances and the efficiency gains from investing abroad suggest to step up effort by Italian public institutions to support firms' foreign expansion. 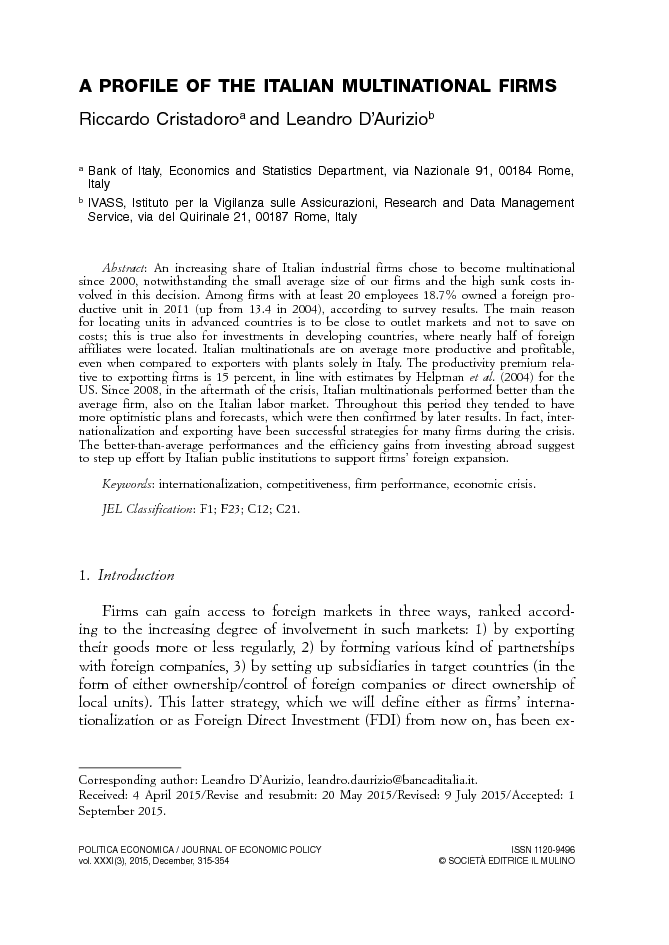