The introduction of expenditure rules in the next future in Italy has been made viable by recent domestic and European budget reforms. Expenditure rules could improve the difficult conditions of the Italian public finances and could remedy to some of its main flaws, in particular, «unexpected» budgetary slippages and poor expenditure control. The analysis is focused on the comparison of some relevant characteristics of three kinds of expenditure rules (a ceiling set in terms of a rate of expenditure growth, a fixed term/rolling basis spending limit and an expenditure ceiling within a debt brake mechanism) and on the impact that their adoption could have on the soundness of the country's fiscal position. The expenditure counterfactual paths we trace use a real-time data set covering all stages of the budget process. Political acceptability, coherence with the EU and the domestic fiscal frameworks, predictability of resources and transparency differ according to the rule adopted and prevent a clear ranking of the expenditure rules to single out the best solution. However, the expenditure ceilings within the debt brake unquestionably grant better results in terms of fiscal performance. 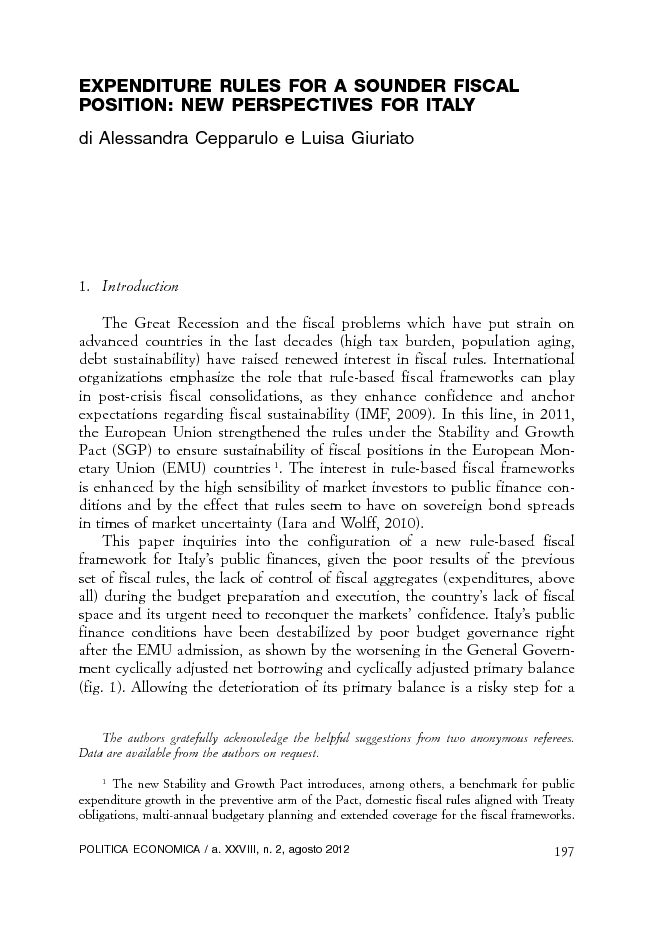