In this paper we present some estimates of the degree of labour underutilization in the production process for a number of European Union countries. Our measures are inspired by the ones proposed by the Bureau of Labor Statistics in the United States and by the Bank of Italy. The joint use of such measures allows for a more complete international comparison across different labour markets and for an analysis of the effects of the business cycles that do not translate into a change in the number of unemployed individuals. The international comparison highlights the fact that, between 2008 and 2010, the Italian official unemployment rate has been lower than in other core countries of continental Europe (Germany in 2010 being an exception). However, if we count as underutilized labour force those individuals that, although officially employed, are not participating in the production process, and those inactive individuals with low job-search intensity, we see how the Italian rate of labour underutilization has increased more than in other European countries. In 2010, such rate was estimated at 20,9 percent, 8 percentage points higher than in France and 10 percentage points higher than in Germany, while the gap with respect to Spain decreases from more than 10 to less than 6 percentage points. In Southern Italy, the rate of labour underutilization is exceptionally high, even when compared to underdeveloped regions of other European countries. 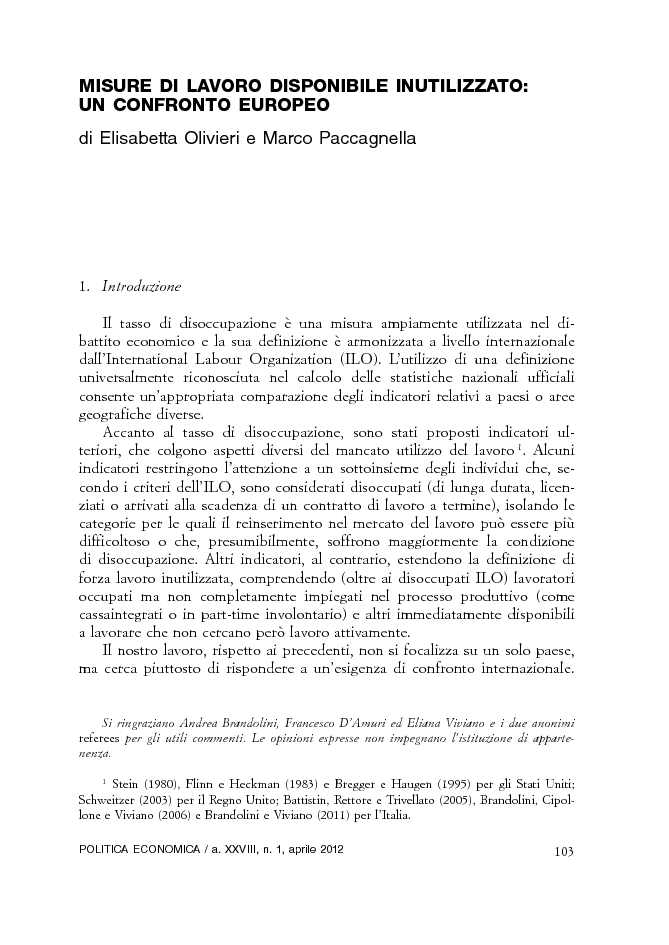