The goal of increasing the number of open-ended contracts can be pursued in different ways, acting on the supply side or on the demand side - that is, either on workers or on employers. For instance, incentives can be given to firms willing to hire workers with open-ended contracts. By contrast, activation services can be provided to workers in order to let them help themselves in finding more stable jobs. We try to compare the effectiveness of these approaches by estimating the effects of two interventions, implemented in the same area in 2007-2008. The first intervention consists of a one-off incentive given to employers who hire with a permanent contract workers whom they have been employing on a fixed-term contract. About 2.000 fixed-term contracts have been subsidized to be transformed into stable jobs, which is very different than saying that 2.000 temporary jobs have become permanent because of the subsidy. The challenge is the usual one with these policies, acting at the margin to avoid deadweight (subsidizing hiring decision that have already been made). The second intervention consists of offering support services to workers who suffer from very unstable work histories. The intervention targets these workers and the evaluation suggests a positive impact, particularly for the weakest members of the group in terms of employability. This suggests the role for even more targeting of marginal workers in the future. 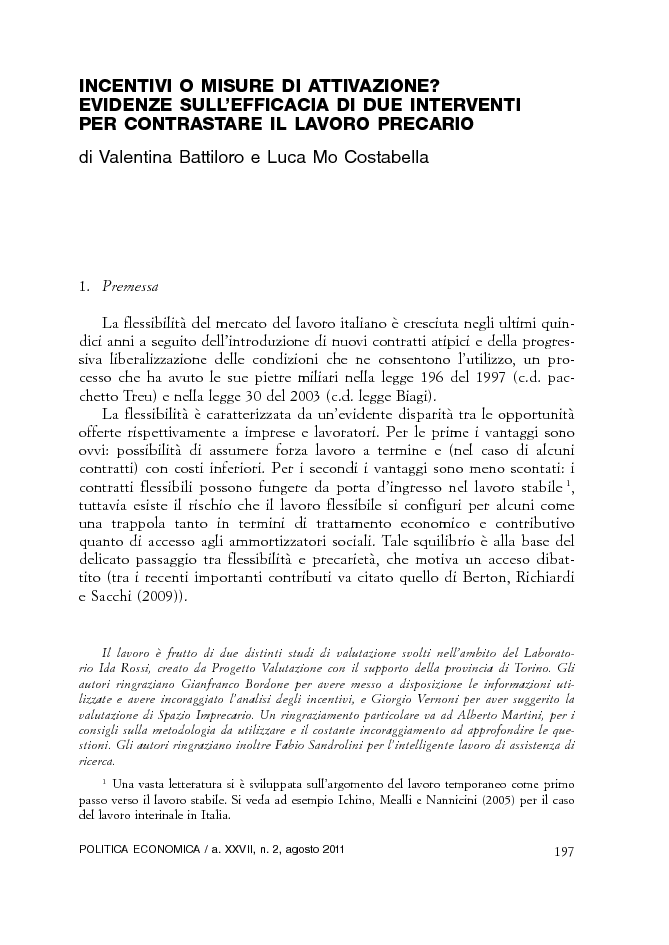