Interest in the socioeconomic impact of transport infrastructures has grown over the year; indeed, it has been addressed by several studies. Among the existing methodologies for the evaluation of transport infrastructure effects, Cost Benefit Analysis (CBA) is one of the best established. Yet, the limits of this instrument, once one moves from theory to practice, are also well known. Experience has proved, indeed, that standard CBA can sometimes bring to misleading evaluation and serious misunderstandings. The study aims at defining the state of the art with reference to CBA applied to transport infrastructures, focusing on the recent attempt that has been made to extend it to the evaluation of indirect effects (hereinafter, Wider Economic Effects, WEE). Firstly, the existence and the magnitude of these effects will be analyzed; secondly, we will focus on the methodologies and the models that have been adopted up to now in order to include the WEE in the CBA. The experience and the point of view of some of the major European and American economists will be assumed as starting point and the attention will focus on those authors who have dealt with impacts of transport infrastructure on agglomeration economies, market labour and productivity. Finally, conclusions will be drawn and the potential of CBA with reference to transport mega-projects will be defined. An attempt will be made to answer to the following questions: how much does the exclusion of WEE from the evaluation procedures affect the correctness of the final output, namely the appraisal of the overall socioeconomic impact of a transport investment? Which methodologies and models should be adopted in order to include the WEE in the current evaluation methodologies? When will such an effort (to enlarge the dominion of the evaluation) be recommendable? 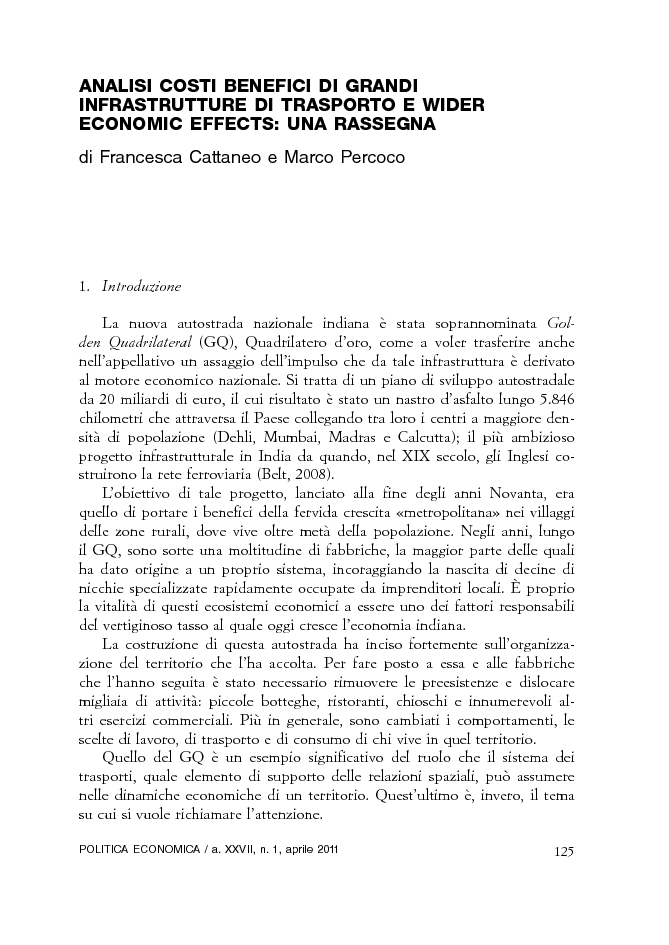