This paper studies tax evasion and misreporting by comparing data from income tax files and a survey of household incomes, both relative to a medium-size Italian town. The novelty of our approach lies in the use of individual microdata, obtained by "exact matching" between the two data sources. As usual, the adopted proxy for tax evasion is the difference between survey income and tax-declared income. Our results lend support to the widely shared belief that in Italy the propensity to evade is higher among the self-employed. However, our findings do not bear out the existence, which emerged in previous studies, of a negative relationship between tax evasion and income levels. Underreporting seems to be concentrated in the lowest income deciles, while the level of tax evasion is higher at the top of the income distribution. Notwithstanding the reliability of the statistical base, our results must be accepted with caution, as the measure of tax evasion adopted is not able to make a clear distinction between evasion and misreporting. 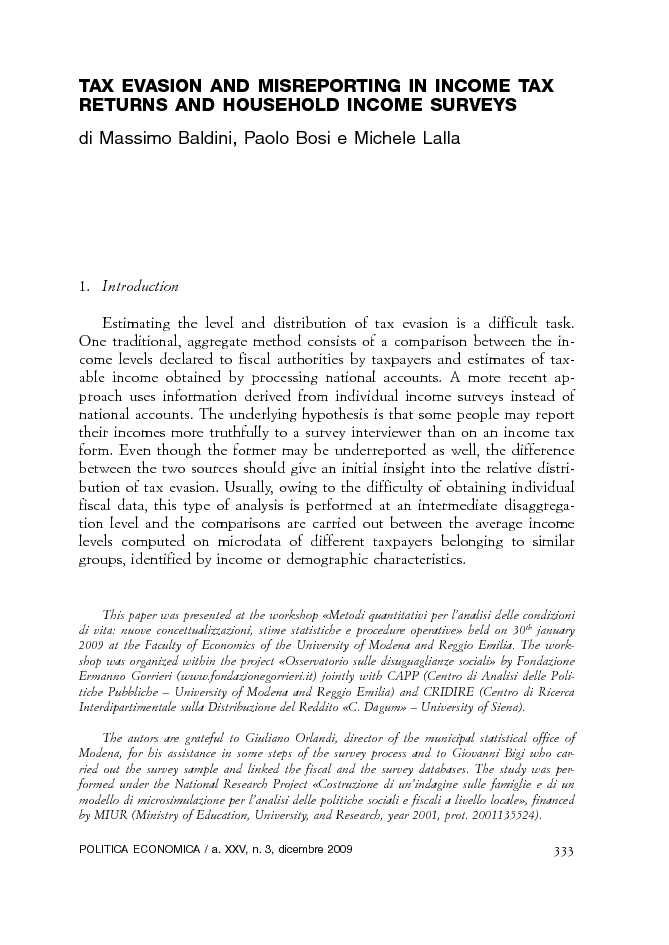