This paper is based on a data set of 20 Italian regional high frequency business indicators proposed in Benni and Brasili (2006) and developed by RegiosS. The aim is to provide an analysis of the characteristics of regional cycles and their co-movements, covering the period 1993-2008. First, we measure the distances among the Italian regional business cycle by using the cohesion measure proposed by Croux, Forni and Reichlin (2001) both on the whole sample and on two sub-samples of the indicators, in order to evaluate if co-movements have increased recently, or if they are affected by the adoption of the Euro currency. Second, we evaluate, along the sample and for all regions, a simple MS-AR in order to observe and compare each region's peaks and troughs. A clustering of regions according to leads and lags properties versus the national business cycle is observed and the emergence of some "counter cyclical" regions and macro-areas is discussed too. These indicators could be useful in policy evaluation and structural analysis. 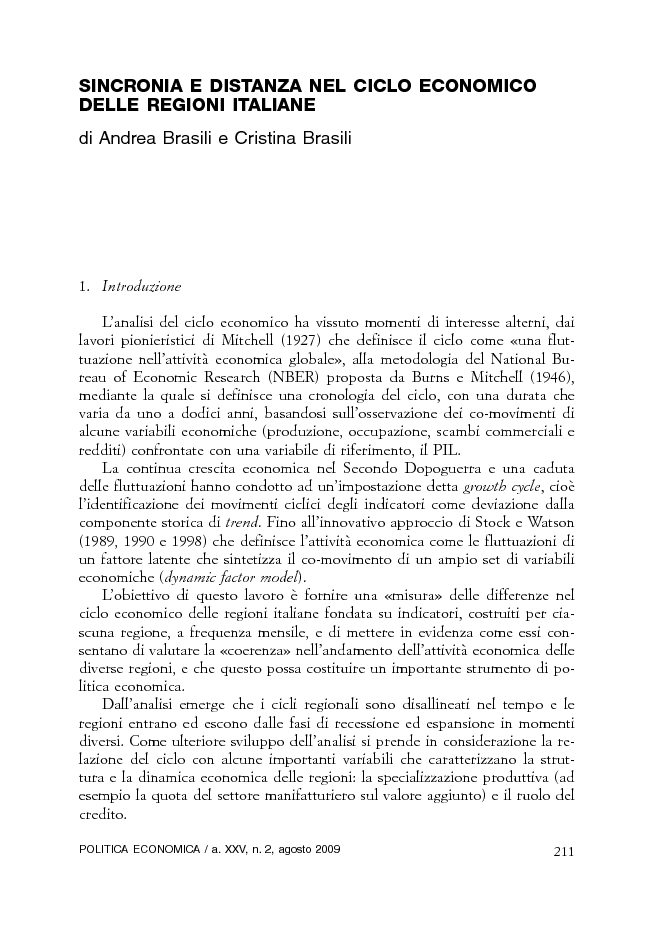