Crisis is hitting most severely the financial markets of common-law countries (like US and UK) than the markets of civil-law countries (like Italy and other countries in continental Europe). We argue that one reason of the deepening turmoil in the civil law countries is the supremacy in these countries of private welfare institutions (pension funds, mutual funds, insurances) based on the functioning of capital markets instead of - like in many civil law countries - the supremacy of the social welfare state financed by the public budget. In order to protect better in the future the human capital of families against several and lasting risks and uncertainties arising from the turmoil, not manageable by capital markets, we suggest the adoption, preservation and the improvement of the pay as you go system. 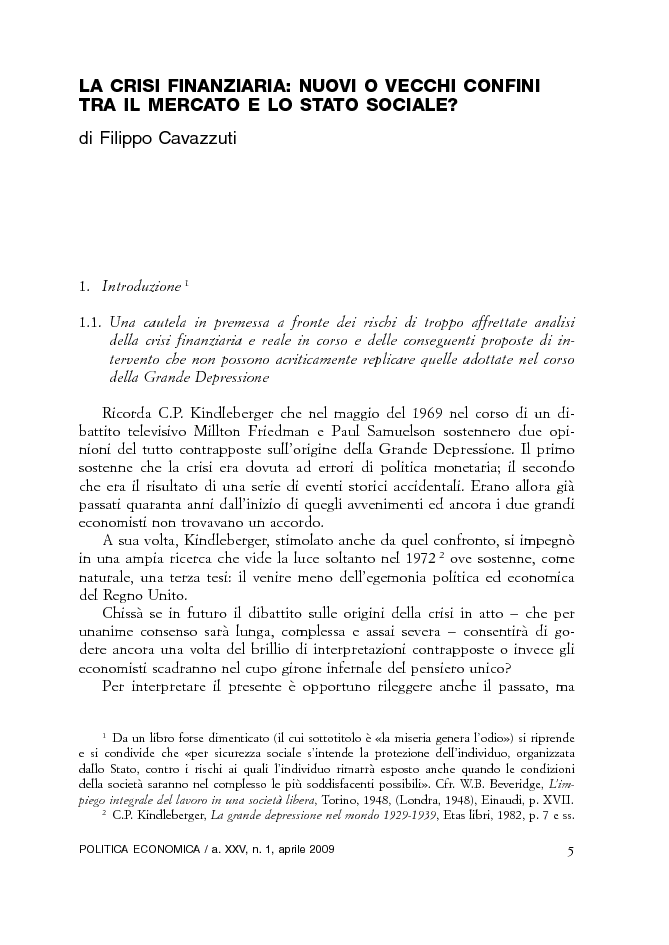