This paper analyses the determinants of Germany's wage growth relative to the other members of the euro-zone with the aim of isolating the factor(s) that triggered the country's recent impressive gain in relative cost competitiveness. To our knowledge, this is the first exercise that uses relative measures to explain the key driver(s) of intra-EU12 competitiveness. We find that German wage developments have been importantly affected by the actual EMU regime and in particular by the fact that the monetary policy conducted by the ECB had the "perverse effect" of delivering above-average real interest rates to a slow-(wage)-inflation country like Germany. Even if the country's strong export performance has started delivering growth as of 2006, the role of the EMU regime in explaining intra-area wage developments casts doubts on the sustainability of the recent adjustment, and ultimately on the automatic smoothing of divergences inside the monetary union. Furthermore, if German unions increase their wage demands on the back of more favourable economic conditions, it is not to be excluded that their price behaviour will affect average inflation in the euro-zone, given that Germany represents one third of the euro-area's GDP, thereby prompting a restrictive response from the ECB. 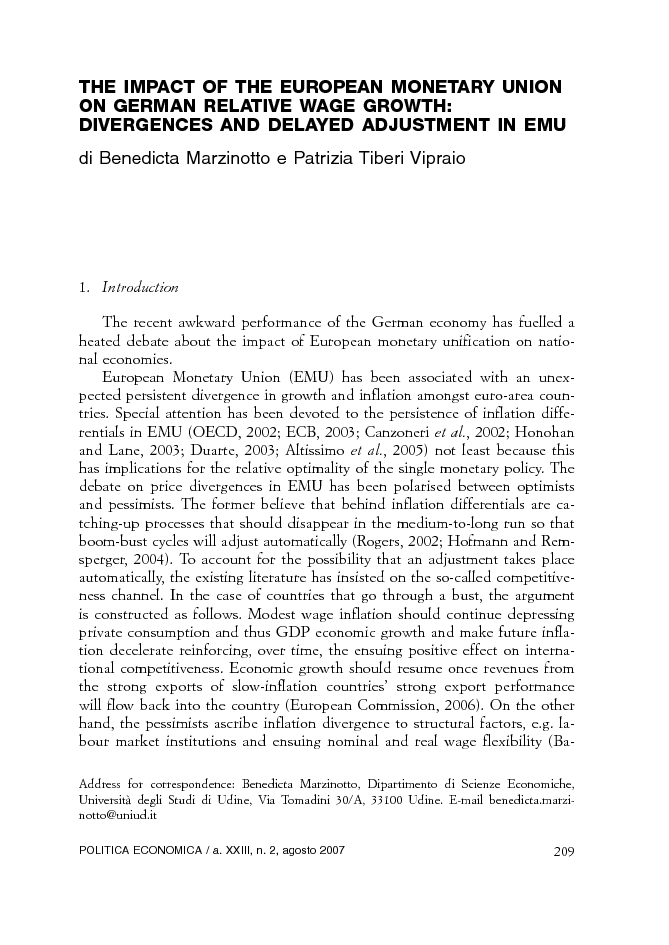