The paper examines the most recent empirical studies on the impact of university patenting on the economics of public research. Most contributions discuss the controversial effects of the Bayh-Dole Act in the US, or attempt to measure the scope of university patenting in Europe. We highlight two main research lines. The first one deals with the possibility that patenting research tools may slow down scientific progress, whose cumulative nature requires free access to the stock of existing knowledge. The second comprises works that attempt to test the impact of patenting on the scientists' publication activity, at the individual level. It is shown that academic inventors publish more frequently than their peers who do not contribute to patenting; and that no apparent trade-off exists between publishing and patenting activities. On the contrary, a moderate trade-off exists at the systemic level, due to the fact that the existence of patents in given research field discourages other scientists to join the field, thus limiting the cumulative process of scientific advancement. 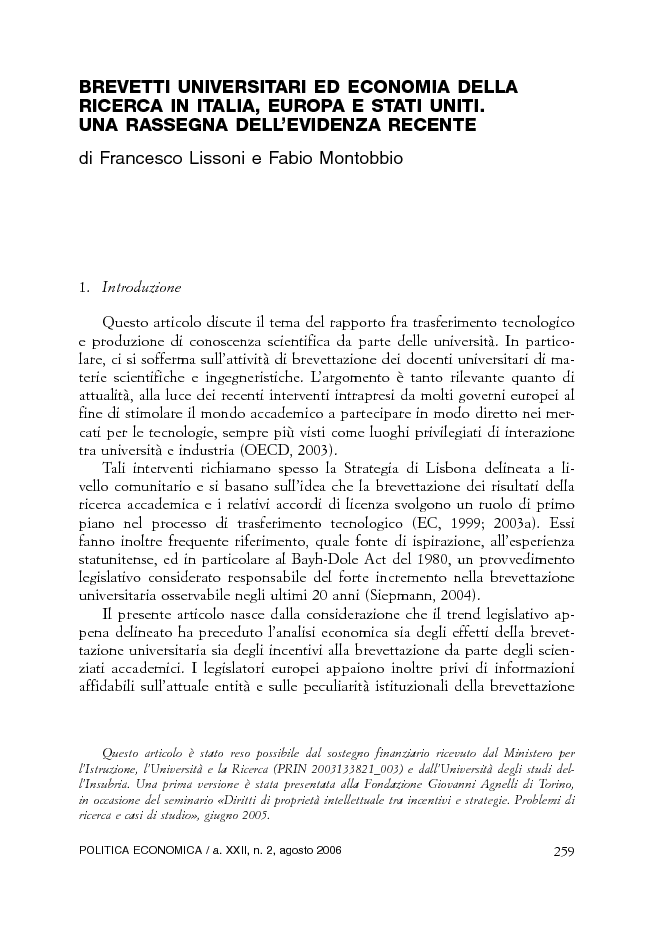