The aim of the paper is to analyse the evolution of households confidence during the last two years, by suggesting some interpretations about the relationships between the consumer confidence (sentiment) index (CCI) and a number of relevant macroeconomic indicators. Since the beginning of 2002, Italian households have been more and more pessimist, as recorded by the falling CCI levels (down till the levels of the 1992-93 recession). Through econometric models, where CCI depends on a number of macroeconomic variables, we show that the CCI equation seems to be characterised by a structural break since the first quarter of 2002 (it continuously overestimated actual levels). In an attempt to explain these dynamics, we relate the CCI to households perceived inflation, an additional indicator not included in the version of the model with a break. This inclusion considerably improves the explanatory power of the Italian model, and sweeps out any evidence of the previous break. The peculiarity of the Italian case is stressed by the comparison with the French and German cases (where nothing of that sort happened), and reinforces the idea that the changeover from the lira to the euro may be interpreted as a shock for Italian households. 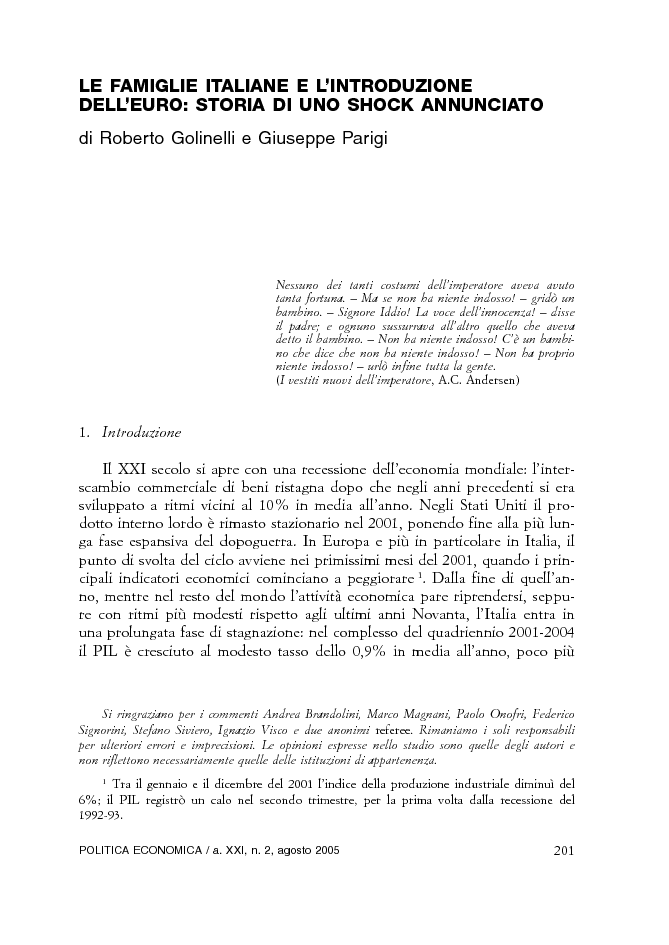