The share of labour on income, in the private non-farm section of the Italian economy, has lost about five percentage points in the last two decades; in the meanwhile, total employment has risen by 21,1%. Both in the industrial branches, and private services, the calculations of a "mark-up", as derived from formulations of a "full-cost" approach, show, with differential patterns, trends in income shares unfavourable to dependent labour. The analysis is, subsequently, extended to investigating for the effects of the changes in distribution on an overall macroeconomic equilibrium. Where macro-distribution, for primary shares of profits and wages, is derived from the mark-up, an inverse relationship emerges between values of mark-up and of a "Keynesian multiplier". This implies that, with rising mark-up, a higher contribution from the "autonomous" components of demand will be required, "ceteris paribus", in order to achieve a given level of product and employment. These components, over the period considered (1980-2002), have shown, however, a progressively weakening propulsion; the factors which may contribute towards a risk of "stagnation" for the economy appear to have been on a strengthening trend. 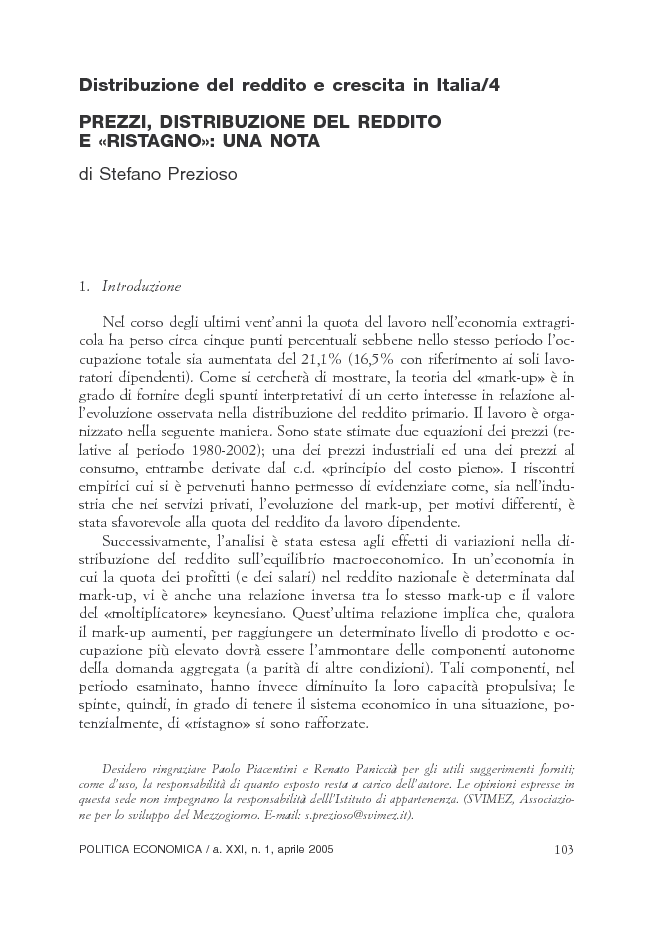