In this paper we use the idea, developed by a large socio-psychological literature, asserting that happiness depends on the relationship of actual income to a reference or comparison level, to model tax evasion decisions. In the theoretical section we apply Cumulative Prospect Theory, as a notable example of reference dependent preferences, to a standard tax evasion set-up. We show that a taxpayer's behaviour may change depending on whether the disposable income he would obtain if he paid all his tax liability is higher or lower than the reference income. If it is higher, we show that the taxpayer behaves as in the standard expected utility model and, among other things, evades less as the tax rate increases; if, on the other hand, it is lower, the taxpayer's decision is mainly motivated by the desire to obtain a disposable income at least equal to the reference income (if he is not caught) and he responds to increases in the marginal tax rate by evading more. We carry out a first empirical validation of the model using a data set of individual observations collected from the auditing activity of the Italian tax authorities and find support for the reference dependence specification. 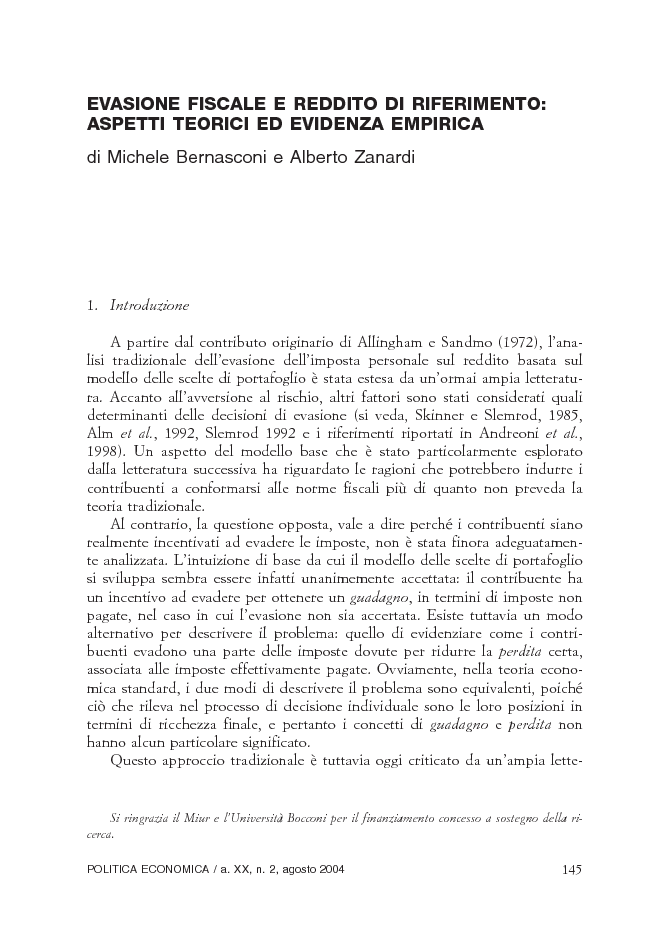