In this paper, we examine labour market segmentation from the perspective of labour market flows, focusing on the intersection between age and gender. Specifically, we analyse how transitions between employment statuses of women and men of different age groups are associated with employment fluctuations. We use individual data from the Italian Labour Force Survey (2009 to 2015) and exploit quarterly employment fluctuations at the provincial level to identify employment expansions and contractions. Our analysis confirms the existence of important gender differences in labour market flows. Most notably, we show that the division between insiders (individuals employed with a permanent contract) and outsiders (individuals employed with non-permanent contract, unemployed or inactive) is deeper for women than for men, and that this division leads to stronger age inequalities among women than among men. This demonstrates a need to pay attention not only to gender inequalities but also to inequalities among women themselves. 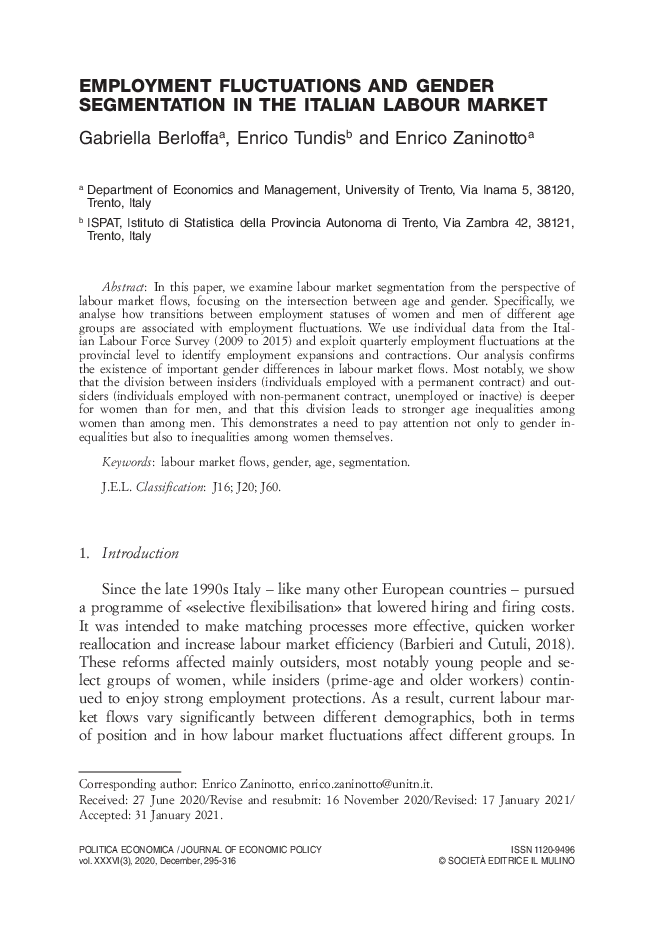