The recent book by Italo Magnani, "Dibattito fra economisti italiani di fine Ottocento" (2003, Milano, Franco Angeli) is a thought-provoking text on a decisive period in the development of economic theories, i.e. the marginalist revolution and the theories of general equilibrium, to which many Italian authors, such as Maffeo Pantaleoni and Vilfredo Pareto, provided original contributions. Moreover, Magnani's book encourages us to reconsider the reasons which brought about a complete separation between sociology and economics toward the end of the 19th and beginning of the 20th centuries. This separation occurred despite the fact that Pareto can be read, along with Parsons, as deeply dissatisfied with it. 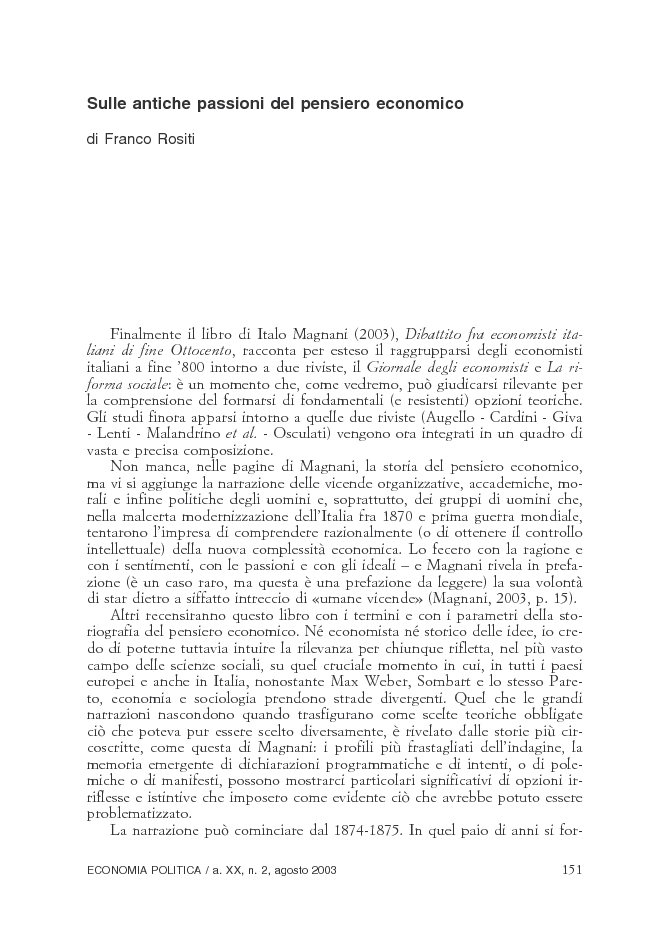