After briefly reviewing the main stages marking labour market reform in the Nineties, as well as the further reform proposals currently under discussion, this article analyses the actual and potential impact of these reforms on the "employment relation" in Italy. Focus is made: (i) on the increase in the share of short-term employment; (ii) on the effects of easier layoffs on economic efficiency and on workers' "employability" (a building block in the European employment strategy). Drawing on the literature on temporary employment and job dismissals, this paper argues, firstly, that arguments stressing the "escape" from firing costs in regular employment can not, in isolation, explain variations in the share of short term employment relations across the different areas of the country. Firms' ability to exploit the profitability of "specific" human capital may be a basic causal factor in explaining these differences. Secondly, this paper argues that lower employment protection on regular jobs may further discourage human capital accumulation and reduce workers' "employability", thus exacerbating the problem of "contractual fragility" in the Italian labour market. 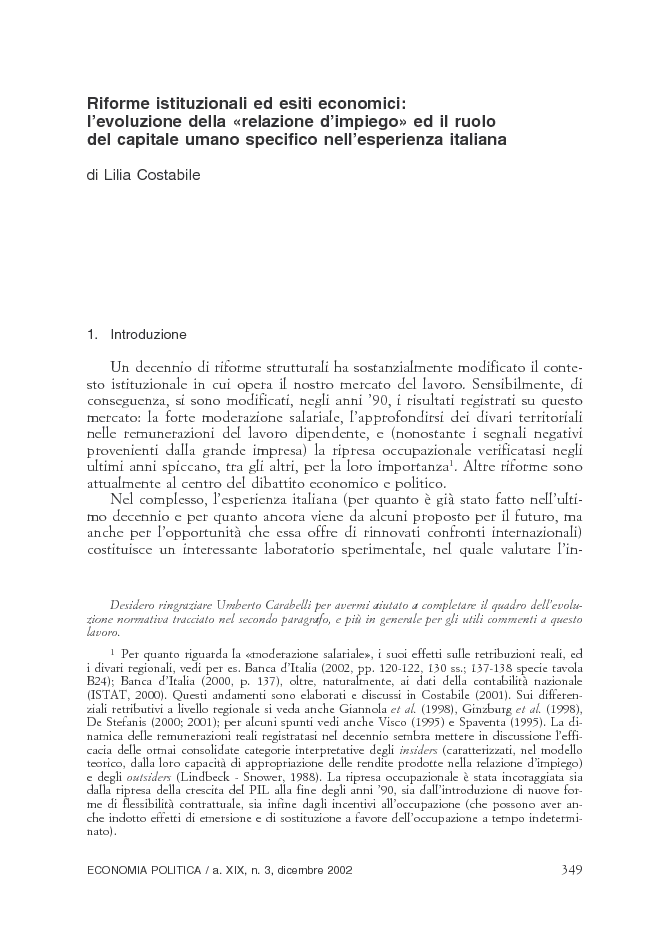