In this paper I refer to and summarize the main findings of the stochastic benchmark developed together with S. Buldyrev, M. Riccaboni, and H.E. Stanley to analyze business firms growth and corporate dynamics. The framework encompasses the Gibrat's Law of Proportionate Effect and the growth process originally described by Herbert A. Simon as particular instances. The framework generates testable propositions along four different dimensions: i) firm size distribution, ii) the distribution of firm growth rates, and iii-iv) the relationships between firm size and the mean and volatility of firm growth rates. The predictions of the stochastic benchmark are not falsified across different data sets. Both size and growth distributions are "fat tailed", while innovation, competition, and instability at the level of products and firms map onto macroeconomic shocks at the aggregate level of Country GDP. First, the probability density function of growth rates appears to be invariant at different scales of observation and across periods, with its central body well approximated by a Laplace distribution and tails that contain many more events than predicted by a Gaussian probability density function and exhibit an inverse cubic power law. Second, since firm size distribution is fat-tailed, micro-level shocks that affect large firms generate aggregate fluctuations, and GDP volatility remains substantial even for large diversified Countries. The proportional growth benchmark sketched in the paper suggests that the origins, magnitude, composition, and propagation of microeconomic shocks from business firms are key to understand the "state of economy" and GDP growth and volatility. 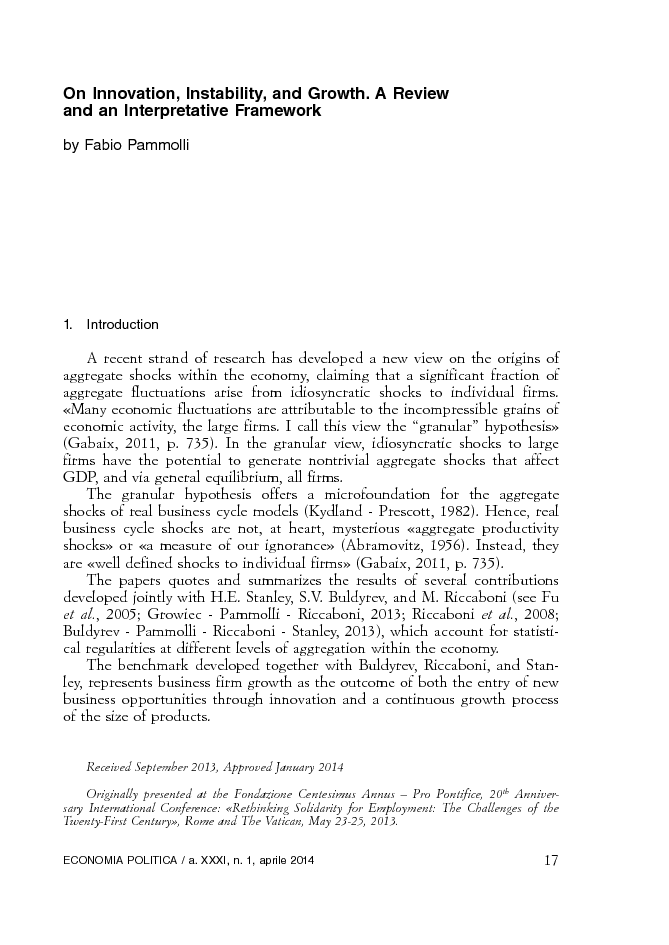