With the European Council in June 2013 a final agreement has been reached on the 2014-2020 European budget (the Multi-annual Financial Framework, MFF) and in July 2013 the European Parliament in Strasbourg has approved a political resolution proposed by PPE, S&D, ALDE favourable to this agreement. Before, in April this year, the European Parliament said «no» to the multi-annual budget which Governments of the European Union member Countries had agreed upon in February 2013. The changes realized with the final agreement are minimal, but in some aspect essential, so that a strong message was sent to governments by the only institution in Europe elected by its citizens. The budget for 2014-2020 is unsatisfactory due to both method and content. To method, because it is a deficit budget which leaves the European Commission with little margin of flexibility for anti-recession measures. To content, because it favours redistributive policies between European countries rather than policies encouraging growth and employment throughout the European Union. It is an austerity budget which is deeply anti-Keynesian in a period of serious economic crisis analogous to the great depression of the 1930s. A policy of growth at a European level is needed in order to cope with the economic depression, yet a policy of rigour and austerity was proposed. 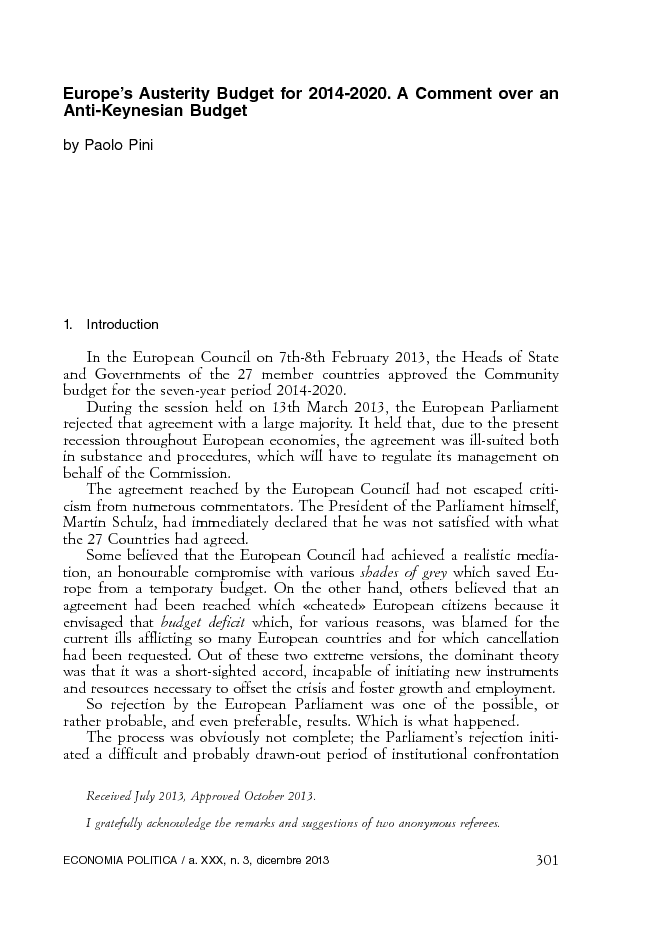