The theories of economic development pioneered by Schumpeter and Rosenstein-Rodan can only be encapsulated within a framework of complex nonlinear dynamical systems. The attractors of the dynamics of orthodox growth theory, even at the frontiers, are simple to characterise. Thus, adherence to a theory of economic development along the lines suggested by Schumpeter and Rosenstein-Rodan implies a dynamical formalism independent of orthodox growth theory52. Formal growth theory - whatever its origin - is shackled to an equilibrium benchmark that, in turn, binds its visions for development modelling within narrow, ahistorical, anti-empirical and completely unrealistic paths. The reasons for this unnaturally «eternal braid» between development models and growth theory are partly due to historical accidents and, mainly, due to a particular kind of mathematical somnambulance. Some of these points are formally substantiated and, in addition, a suggested formalisation of what I call an SR-R53 Theory of Nonlinear Economic Development is also outlined. 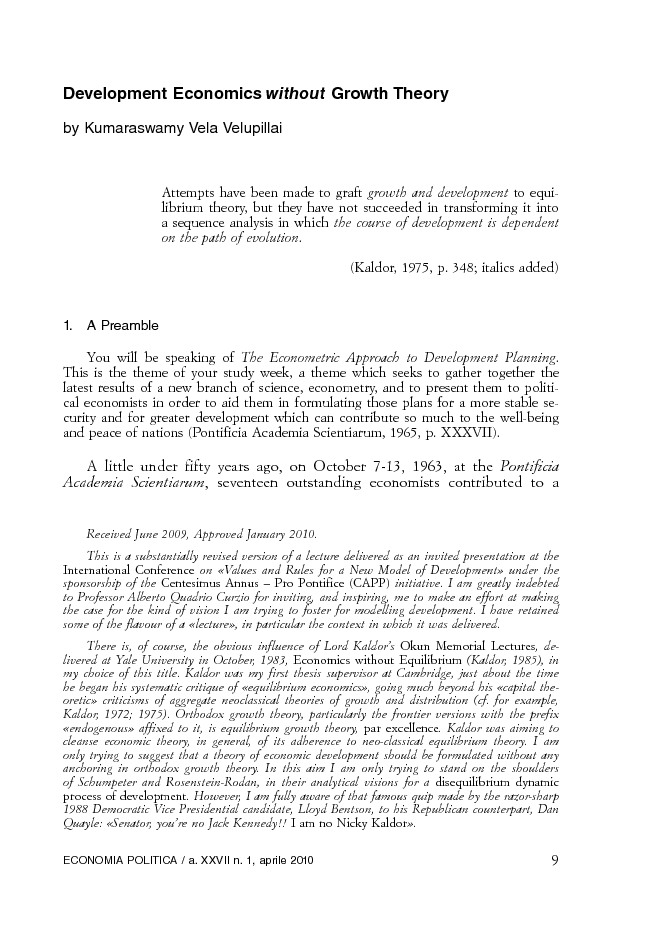