Frank Ramsey's classic framing of the dynamics of optimal savings, [44] as one to be solved as a problem in the calculus of variations and Ragnar Frisch's imaginative invoking of a felicitous Wicksellian metaphor to provide the impulse-propagation dichotomy, in a stochastic dynamic framework, for the tackling the problem of business cycles [13], have come to be considered the twin fountainheads of the mathematization of macroeconomics in its dynamic modes − at least in one dominant tradition. The intertemporal optimization framework of a rational agent, viewed as a signal processor, facing the impulses that are propagated through the mechanisms of a real economy, provide the underpinnings of the stochastic dynamic general equilibrium (SDGE) model that has become the benchmark and frontier of current macroeconomics. In this paper, on the 80th anniversary of Ramsey's classic and the 75th anniversary of Frisch's Cassel Festschrift contribution, an attempt is made to characterize the mathematization of macroeconomics in terms of the frontier dominance of recursive methods. There are, of course, other - probably more enlightened − ways to tell this fascinating story. However, although my preferred method would have been to tell it as an evolutionary development, since I am not sure that where we are represents progress, from where we were, say 60 years ago, I have chosen refuge in some Whig fantasies. 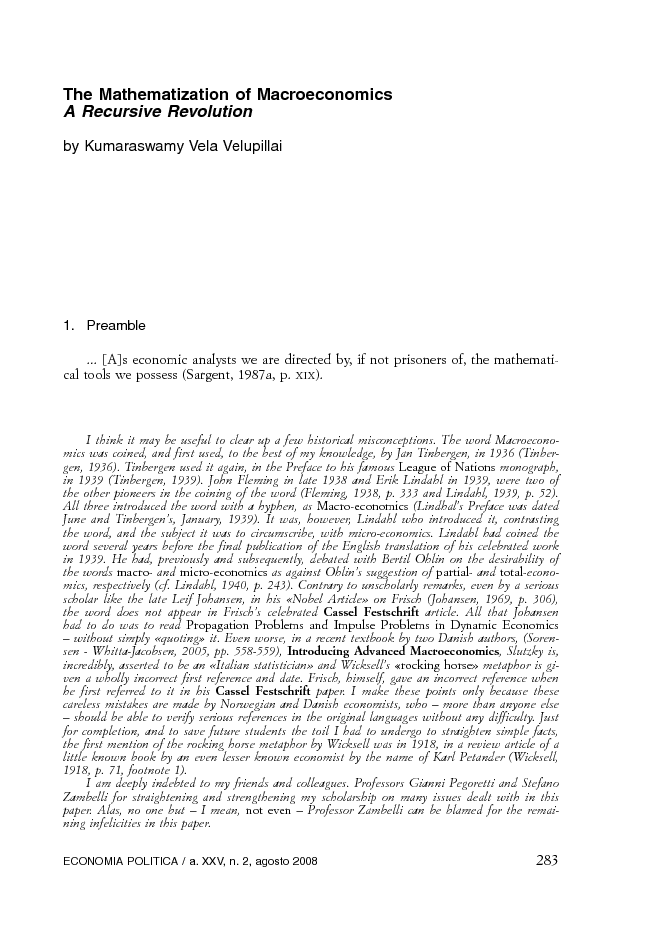