In this paper we point out that the theoretical predictions concerning Employment Protection Legislation (EPL) are not fully confirmed by empirical evidence in Italy, a strict EPL country in the '90s, according to OECD indexes. In particular, worker and job flow rates are remarkably high, also in comparison with the other European countries. Furthermore, the differences in regional worker flow rates - computed on both the social security database and the LFS - are relevant, no matter which measure of worker flows is considered. While EPL is the same across regions, the highest worker flow rates are observed in the South, an area generally recognised as the least dynamic of the country, followed by the North-East, the Centre and the North-West. For possible alternative explanations of regional differences investigation focuses on economic structural composition, the black labour market, non-standard contracts, the public sector and self-employment incidence, labour productivity and firm seniority. Using Logit estimates we find that none of these factors can fully explain these differences. Moreover, the predicted negative relation between worker flows and unemployment duration does not seem to hold in the case of Italy. 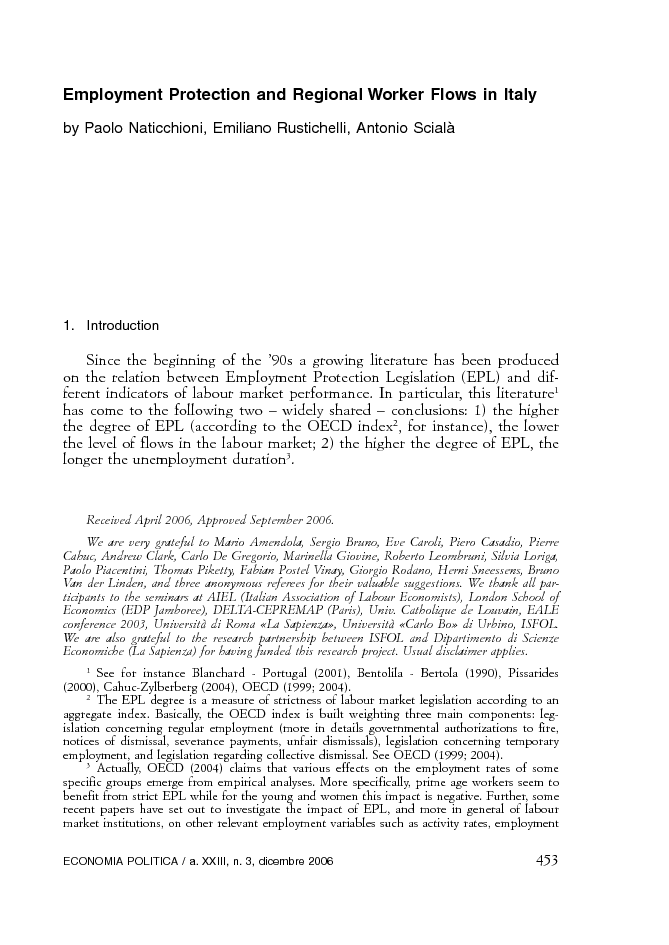