In the economic debate of the last two decades, Economics and Politics follow two separate ways and often Economics plays a more relevant role than Politics. Nevertheless, the contemporaneous capitalism is deeply characterized by structural changes in the accumulaton process and in demand regulation. For arguing this thesis we consider a recent book of Adelino Zanini, "Filosofia economica". The book is a philosophical inquiry about the "nexus" between Politics and Economics, both considered as philosophical concepts. By reconsidering the importance of Ethics in the Smithian thought, the dynamic role played by social and hierarchical relations in Marx, the difficult "liason" between history and economics in Schumpeter and the insufficiency of free market competition according to Keynes, Zanini shows us how the evolution of economic ideas is the result of a complex connection between theory and policy, which is particulary present in the heterodox school Marx-Schumpether-Keynes. Nevertheless the four studious, analyzed by Zanini, solve in four different ways the Politics-Economics problem. In this context, the Foucoultian definition of economic science as "boundary to the art of government " is particularly appropriate. 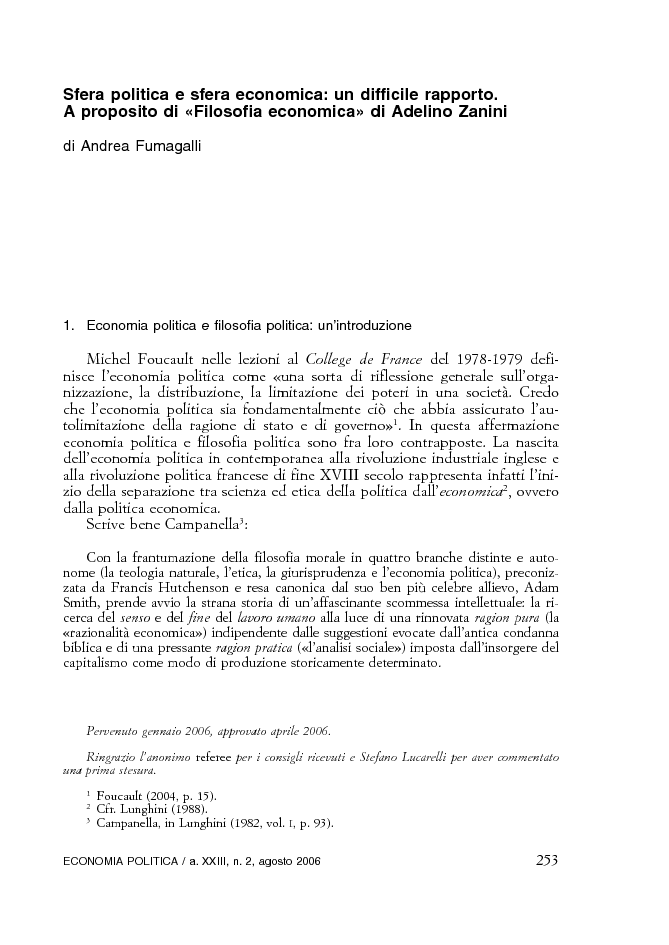