Not all the coordination of decisions observed in real economies is produced by the market; a substantial part is the result, on the one side, of agreements and contracts, on the other, of social rules supported by punishments ministered by individuals but in name of the community. Both agreements and rules lead to some "cooperation", and its extent determines how much of the potential gains in efficiency are actually realized. If one wants the "cooperation" in question to be supported as a non cooperative equilibrium, the length of the time horizon on which individuals evaluate the effect of current actions and the willingness, not only to observe, but also to minister punishment, in order to support social rules, are important. What is argued is that there are signs that both the horizon considered by individuals and the efficacy of social rules have shrank in recent times, at least in Italy, and some of the possible causes are outlined. 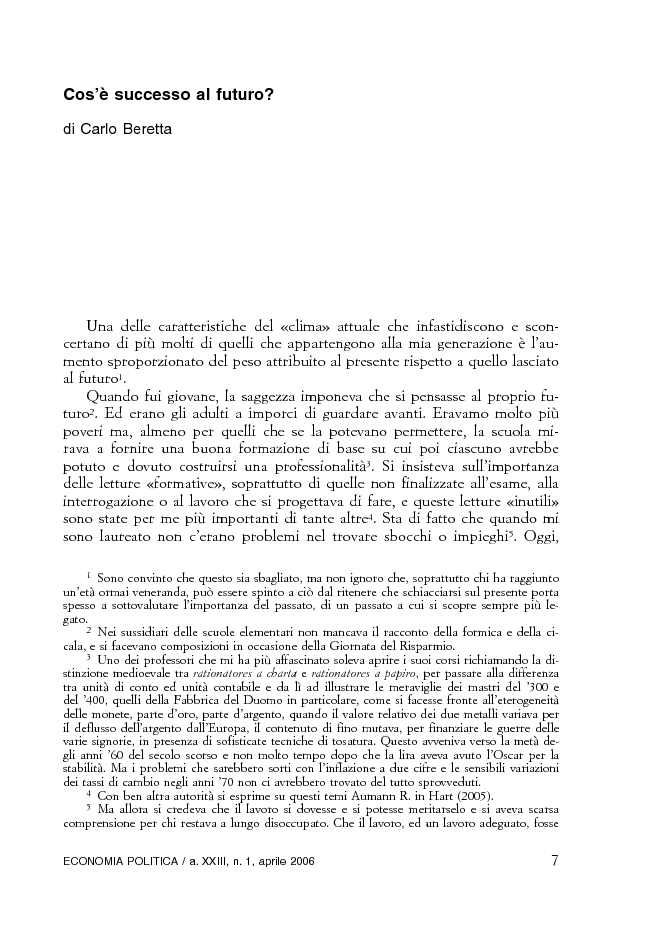