The word "econophysics" has appeared in the second half of the 1990s. The word combines the names of the two disciplines economics and physics, and the content of the new discipline basically refers to the use of statistical physics as applied to financial markets and financial risk. However, systematic relationships have existed between physics and economics at least since the inception of the Marginalist Revolution, and the emergence of econophysics represents a further step in the development of a long-established relationship. In this work the authors review this long-lasting relationship in five sections - the first and the fifth being, respectively, a short introductory and conclusive one. The second section considers the methodological interaction between economics and physics, taking into account concepts such as paradigms on the one hand, and the mathematical tool on the other hand. The change of name from "political economy" to "economics" is considered here. The third section points out some of the difficulties which emerge when one concept is transplanted from one discipline into another: time, irreversibility and dynamics are words used in both physics and economics, but some attention must be devoted to their meaning "in context". The fourth section is dedicated to the "new" discipline, i.e. econophysics and its toolbox. The precursors universally acknowledged are Bachelier - 1900 - and Mandelbrot - early 1960s. However, before we can properly speak of a disciplinary subset called "econophysics" we basically have to wait until the late 1990s. 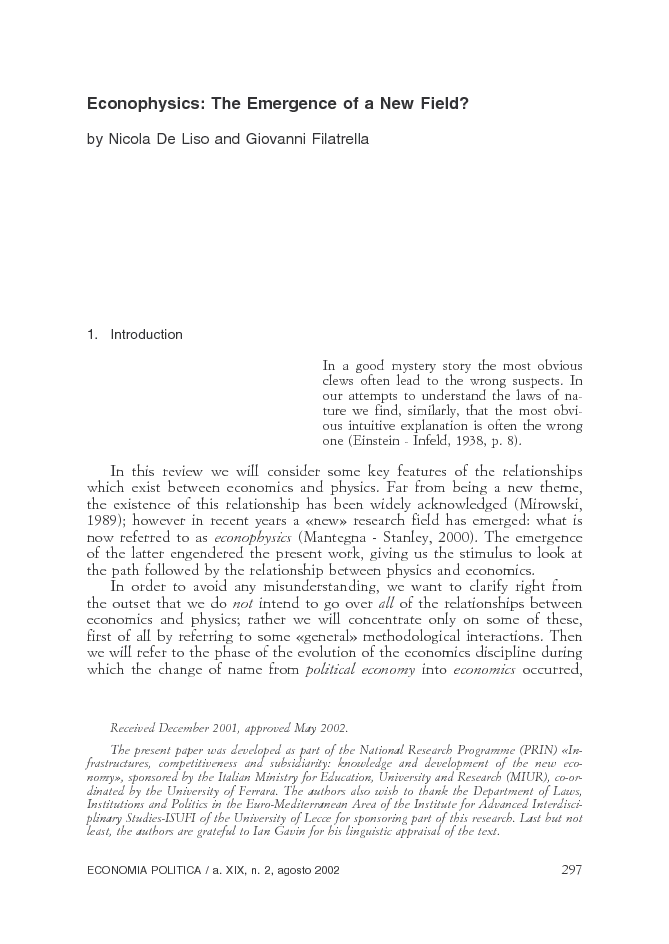