The purpose of this essay is to highlight some aspects of European unification, as it progressed throughout history. In this respect, two sets of historical moments and principles are outlined. Today's EU has developed through three main sets of historical moments: Growth, Construction, Constitution; while the principles are defined by Subsidiarity, Development and Solidarity. It is stated that the development of Europe was centered around its economy, till achieving an economic constitution. From this base, new institutions were developed, along with their political roles and functions. Given this, the task of the present European Convention will be to provide a more coherent and solid frame to the entire process, starting with the principles that formed the base of the constitutional idea of Europe. 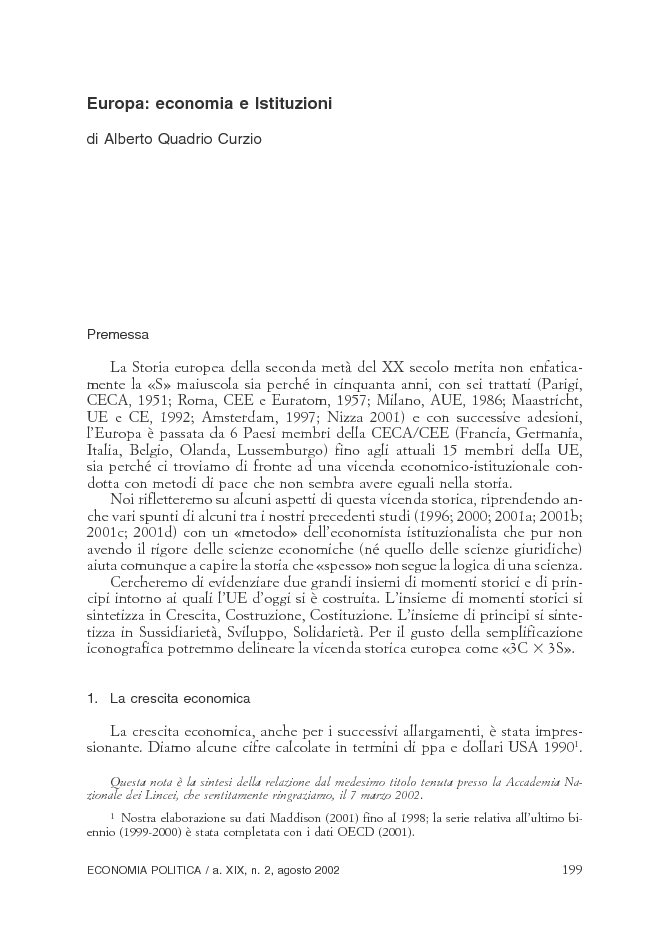