For investments which can be imitated, the degree of specificity to the counterparty crucially depends on the place taken with respect to the competitors in the temporal sequence in which they are made, that is, on being the leader, the follower and so on. On the contrary, this is not true for their return, which depends on their novelty character and therefore remains unchanced until the next innovation. As a consequence, for this class of investments, the (transaction) cost of specificity ends up by being an "organizational experimentation cost" in the sense that it will only be borne by the leader while it can be saved by followers exploiting competition among counterparties. From this reasoning two propositions follow. First, in explaining economic institutions, an "organizational free-riding" problem must be added to that of "hold-up". Second, a grouping form of economic organization, based on non market relationships between groups and on market relationships within the group, can emerge as a solution to the resulting tendency to over- or under-invest. 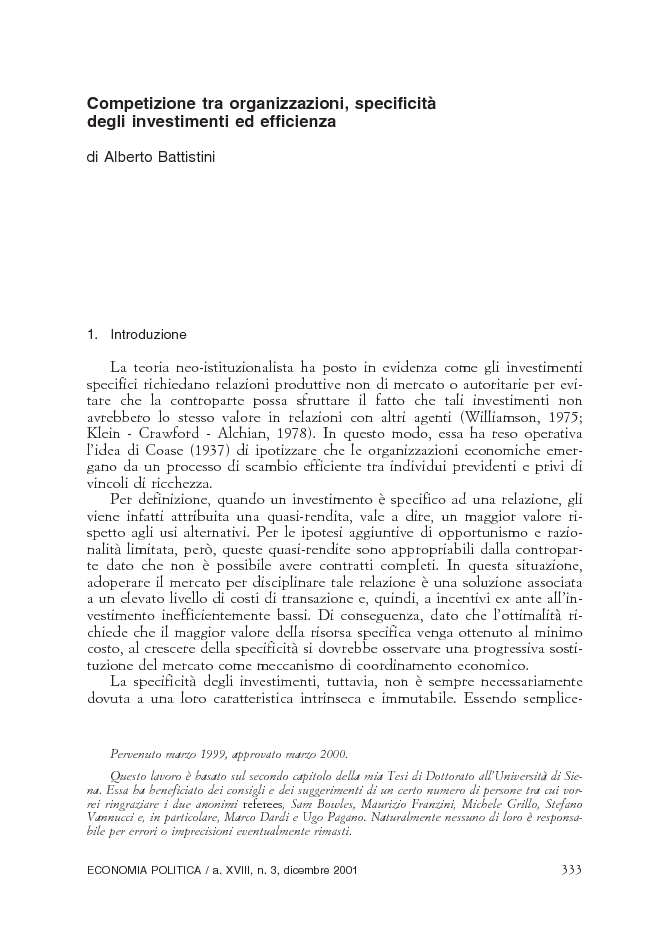