During the last forty years education in Italy has undergone a profound transformation which, in many sectors and in many cases, has led to a deterioration in teaching. Universities, in particular, have been burdened with a growing demand to satisfy simultaneously two contrasting requirements the need to increase their presence, also as a supplement to secondary schools which have become inadequate, and the necessity to raise the quality of teaching subsequent to strong scientific and technological progress and the new cultural demand. If one agrees that universities have responded, although not always in a satisfactory manner, to the first requirement, it must be added that they have not given a tangible response to the second. One can say that the establishment of the research doctorate is the only response that has been found, limited however to students who intend dedicating their careers to further study. A real response to the second requirement, accomplished by extending the duration of study, has been achieved essentially through the affirmation and subsequent expansion of the length of university education thanks to the availability of post-doc scholarships to be used mainly abroad. Thus a new phase of superior studies, which is neither part of a public structure nor publicly regulated, has been added to university teaching. It is a free and spontaneous development of high level studies, in a system in which the students, and not the educators, are the creative force. It is a return to the system of roving scholars who, during the Middle Ages, rescued culture from the darkness into which it had receded. 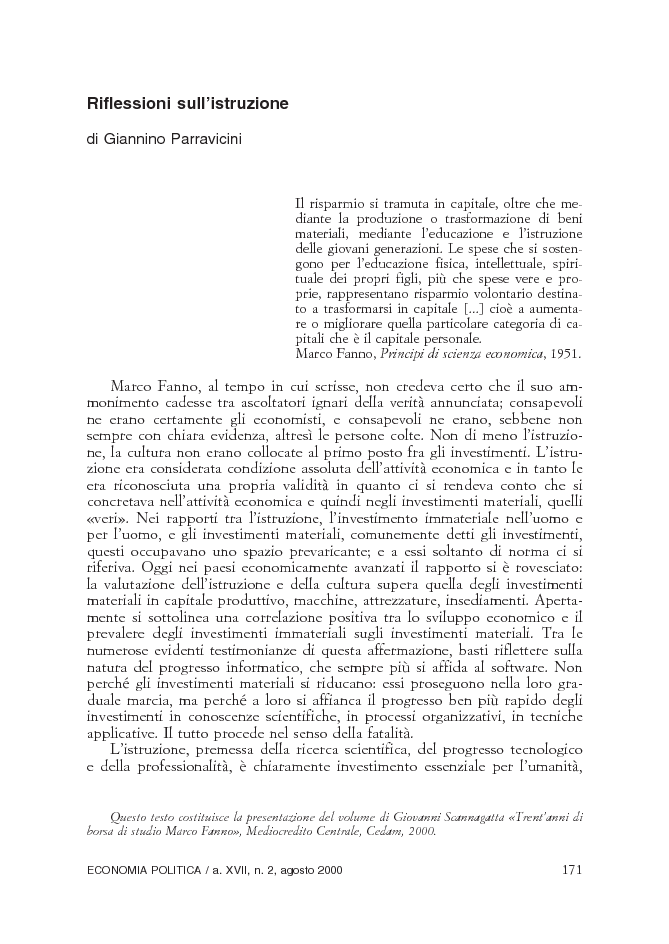