Nominal rigidities due to near rationality play a decisive role in the new Keynesian research programme. The aim of this study is to provide a brief summary of some contributions from New Keynesian Economics (NKE) which develop the theme of near-rationality in a context of macroeconomic analysis. In NKE, there is a lack of substantial uniformity on the degree of rationality attributed to the agents. Two main orientations seem prevailing. On the one hand there is a wide-range of literature in which the individual full rationality continues to be presumed (intertemporal maximisation and rational expectations). In these models, however, it is shown that, under imperfect competition, the mere presence of price adjustment costs or stochastic signals on the nominal shocks, with an erratic spread over the population, generate discontinuous price adjustments (sticky prices) staggered over the system. The fluctuations in output that are recorded at the aggregate level are therefore the manifestation and result of nominal rigidities that are not due to a defect in rationality. On the other hand, a more composite line in NKE assumes near-rationality on the part of at least a small fraction of agents and shows that this is the origin of behavioural heterogeneities, with relevant macroeconomic impacts in an imperfect competition context. The ideas that arise from giving weight to the adoption of near-rational strategies in a non-parametric context with information asymmetry reveal possible reciprocal advantages in the relationship between near-rationality and New Keynesian Economics. This study, as a whole, is dedicated to these interactions; it is not the intention to provide an exhaustive review of literature on near-rationality, but rather to show how these studies find a place in the new behavioral economics research program. 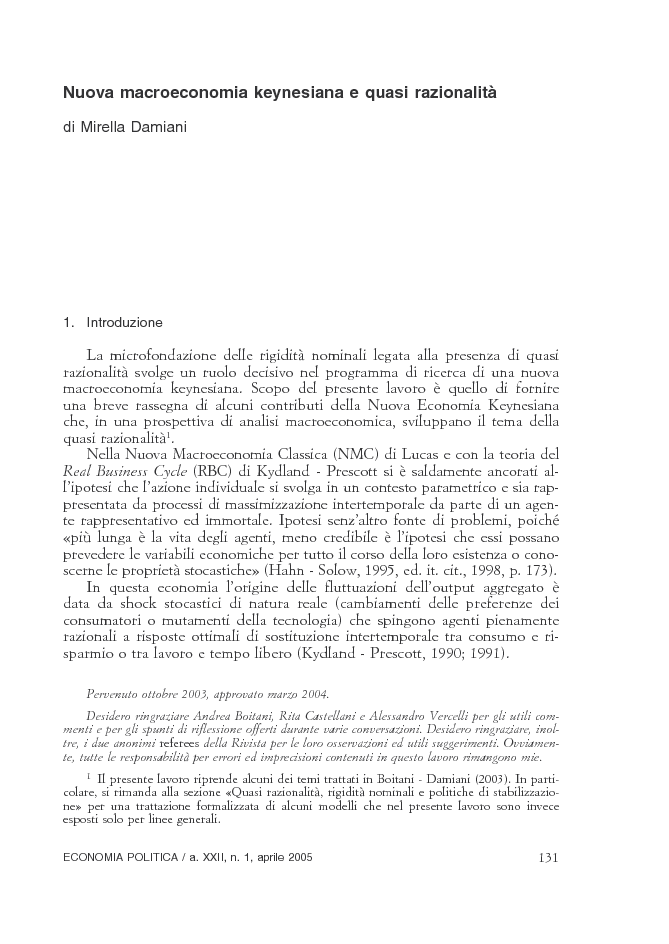