This article is a reflection on the present state of normative macroeconomics regarding rationality. In refering to the general concept of instrumental rationality, at present normative macroeconomics is characterized by a body of economic theories that, from the point of view of rationality, it is impossible to analyse according to a sole criterion. Therefore, macroeconomic policy accepts two different and antagonistic criteria of rationality: "Bayesian reductionism" and rational "dualism". The first one follows "classical theory" and accepts only substantive criteria; the second one accepts both substantive and procedural rationality. Specifically, after having distinguished between the altruistic policy-maker and the opportunistic or partisan policy-maker, we show that rational dualism in statics is at the basis of Tinbergen's Theory of economic policy, and in dynamics it seems to identify substantive rationality with Sargent's rational expectations hypothesis. Finally, as for the practical application, we show that the existence of concrete limits to a policy-maker's rationality favours individual and procedural rationality. 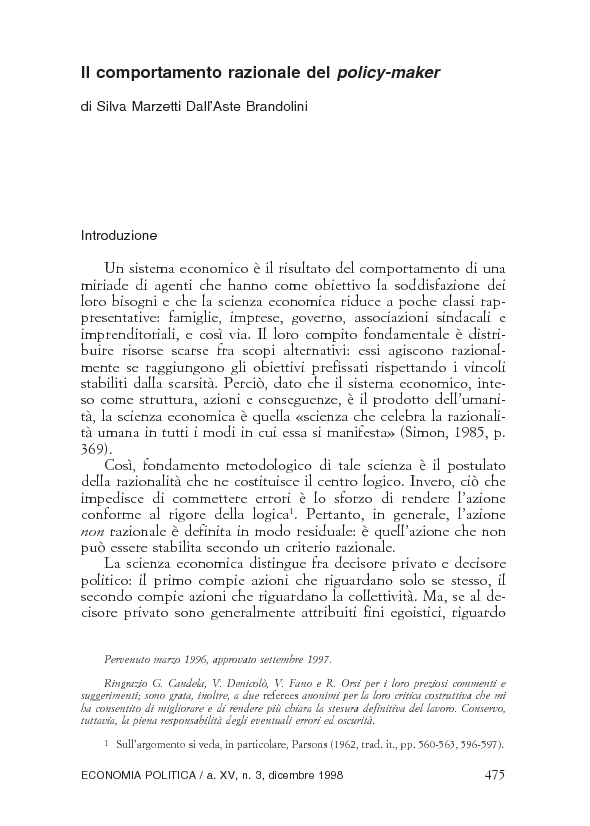