The process towards the European Monetary Union has been completed by almost all the European Union's countries, including, with high probability, Italy. Nonetheless, some scholars still warn that the serious deficiencies embedded in the Maastricht Treaty, that surfaced during the convergence process, may hinder the functioning of the monetary union. This note agrees with this warning and puts forward some considerations on the reasons that may have led to the present situation, in particular as regards the role that economists have played, and may play in the future, in the elaboration of the "economic constitution" of the European Union. 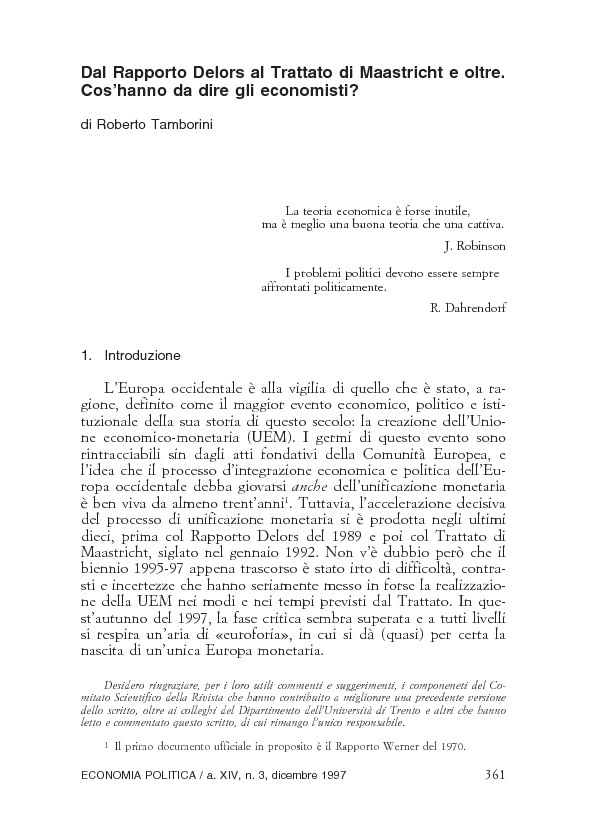