The paper considers the macroeconomic relationships between employment, technology and growth, specifically the debate on the technological causes of the jobless growth and on the intensity of the well known compensation mechanisms. It is argued that the recent growth of industrialised economies, started at the beginning of eighties, does not show a rise in its employment intensity, as some authors pointed out. The evidence seems to suggest, on the contrary, a decrease in the ratio between employment growth and value added growth - both at the aggregate and sectoral level - for many European countries, in particular since the second half of the eighties. The virtuous circle between demand growth and productivity growth favourable to employment dynamics, which characterised the sixties and seventies, does not emerge anymore in the last fifteen years, when a negative relation between employment dynamics and productivity growth appears. On the basis of some empirical research, this change seems to be explained by the decreased intensity of endogenous compensation mechanisms, such as changes in the elasticity of demand for industrial products, changes in income distribution, and changes in important macroeconomic relationships between investment, consumption, and net export. Finally, the thesis which presents the service sector as new engine for a growth regime favourable to employment is considered, and also questioned. 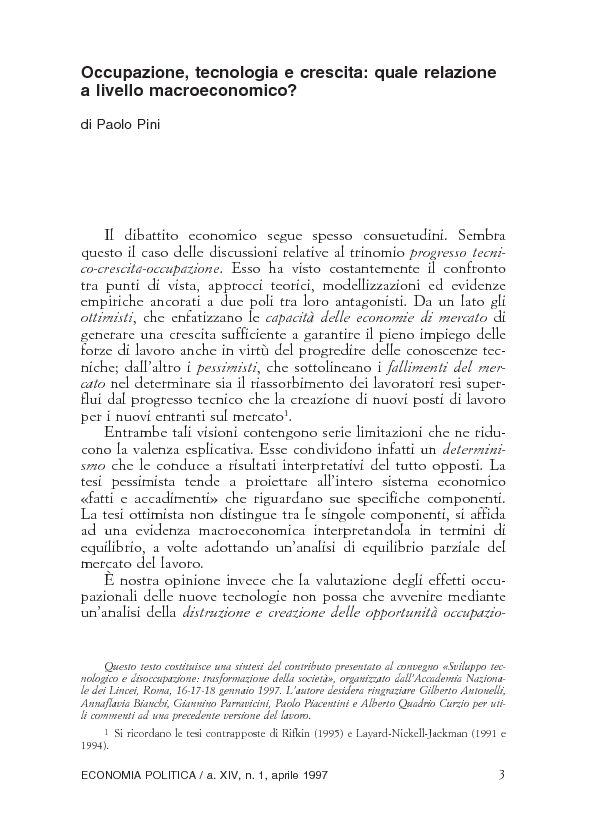