Business cycle models are often investigated by using reduced form time series models, other than (or in alternative to) structural highly grounded in economic theory models. Reduced form VARMA with fixed parameters play a key role in business cycle analysis, but it is often found that by their very nature they do not typically capture the changing phases and regimes which characterize the economy. ln this paper we show that well-known state space systems used to analyse business cycle in several empirical works can be comprised into a broad class of non linear models, the MSI-VARMA. These processes are M-state Markov switching VARMA models for which the intercept term depends not only on the actual regime but also on the last r regimes. We give stable finite order VARMA representations for these processes, where upper bounds for the stable VARMA orders are elementary functions of the parameters of the initial switching model. If there is no cancellation, the bounds become equalities, and this solves the identification problem. This result allows us to study US and European business cycles and to determine the number of regimes most appropriate for the description of the economic systems. Two regimes are confirmed for the US economy; the European business cycle exhibits, instead, strong nonlinearities and more regimes are necessary. This is taken into account when performing estimation and regime identification. 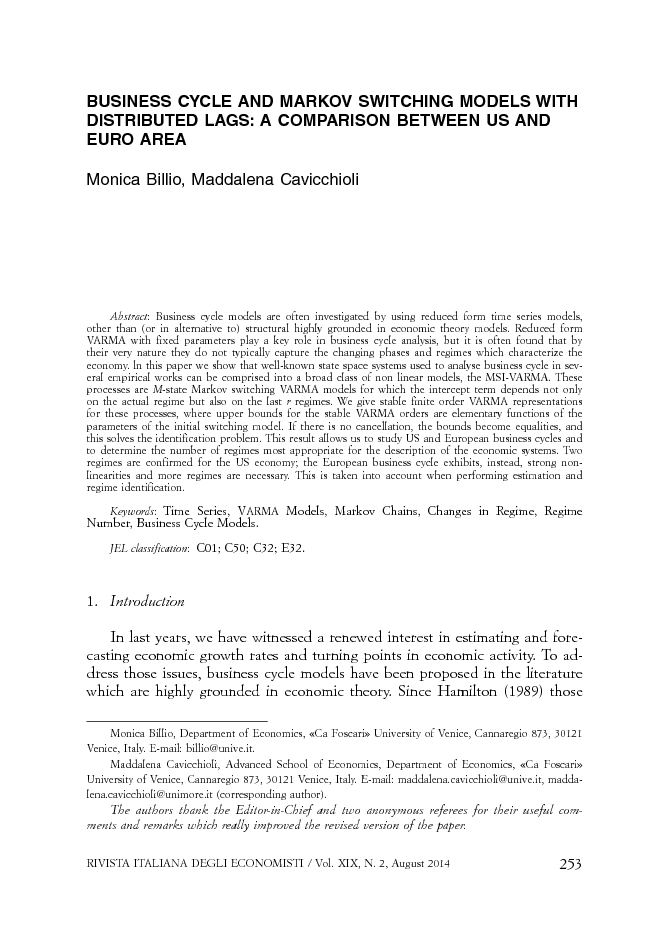