Okun's law, named for its proposer, Arthur Okun, was first applied during the 1960s in the USA to describe the relationship between economic growth and unemployment fluctuations. Several attempts were later made to test the empirical applicability of the relationship to different countries and historical periods. Heterogeneous results were generally found in estimating Okun's coefficient, depending on the sample and context analysed. The main goal of this paper is to analyze the relevance of Okun's law to Italian regions. We perform a panel analysis to estimate the influence of asymmetry and local market differences on Okun's relationship. Moreover, observing particularly low values of participation rate in labor markets in southern areas, we propose other indicators to estimate Okun's coefficient which are more compatible with a delayed development area. 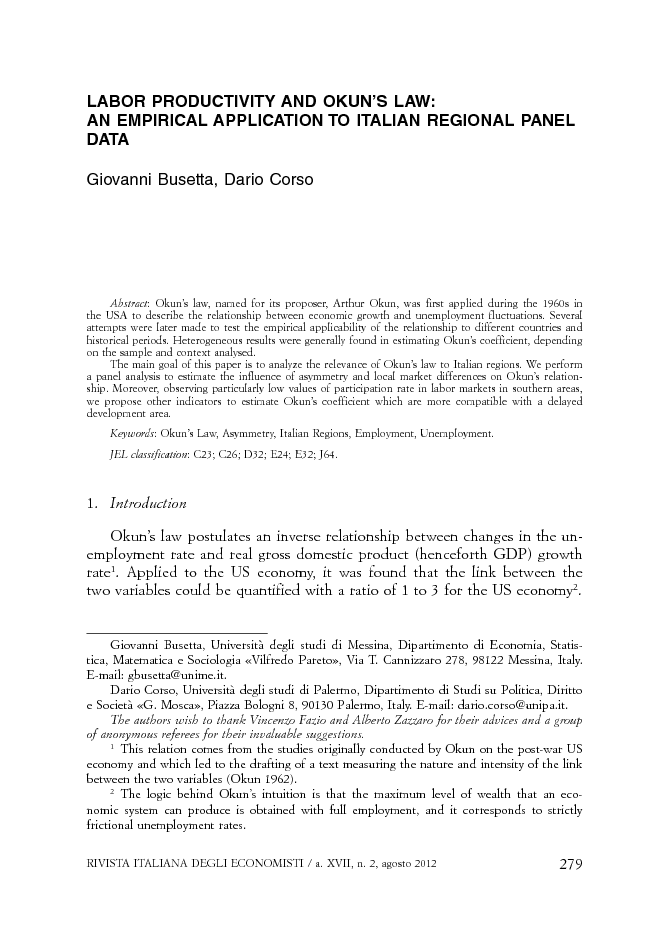