The paper, using the Bank of Italy's survey on manufacturing firms, fills a gap on actual per capita working time data. Per capita working hours increased by 10 per cent from 1985 to 1998, despite a small reduction in contractual working time. Labour and capacity were greatly under-utilised only until 1992-93, when both a sudden and strong decline in per capita working hours and a gradual reduction in employment took place. Subsequently, per capita hours actually worked have been holding steady at very high levels and employers have adapted the input of labour to cyclical production spikes by exploiting the recently greater flexibility of employment. The broad diffusion of fixed-term contracts played a major role It emerges that the rate of growth of the hourly productivity has been slower than in per capita terms and more regular, especially after 1994. International comparisons are therefore less favourable for Italy, because in the other leading European countries, in the last 10 years, per capita working hours in the industrial sectors fluctuated cyclically around constant means or declined. 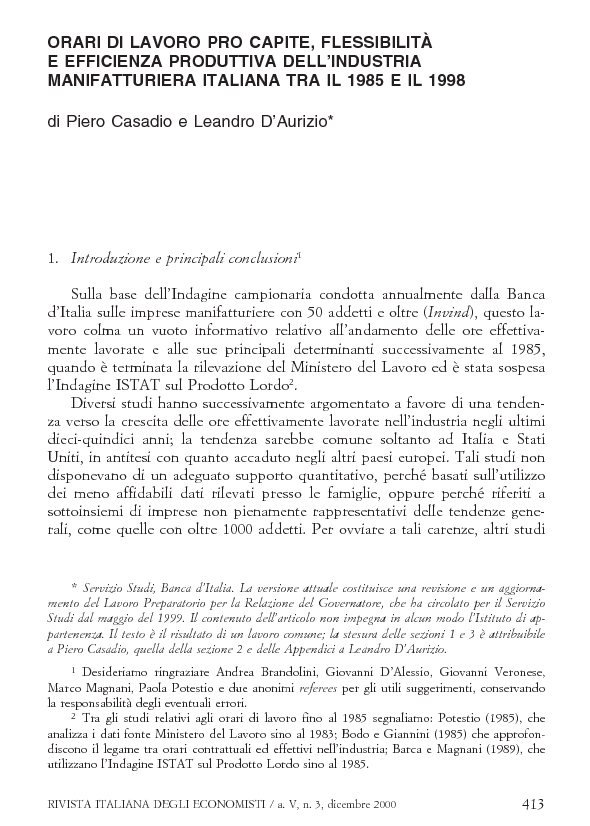