In this paper we investigate the effect of the restructuring of university studies that took place in Italy after the introduction of the «3+2» reform on student time allocation and performance. We use data from an Economics Faculty and propensity score matching, which allow us to account for many confounding factors that are likely to affect the before-after reform comparison, to investigate changes in student time allocation and performance in the first-year exams. Our analysis provides lower bound estimates of the change in lecture attendance, self-study time and student performance after the reform, showing that despite a decrease in workload, student performance measured in terms of average grades and of number of exam attempts failed improved. We argue that although this can be explained either by an increase in university effectiveness or by grade inflation, several pieces of evidence support the second explanation. 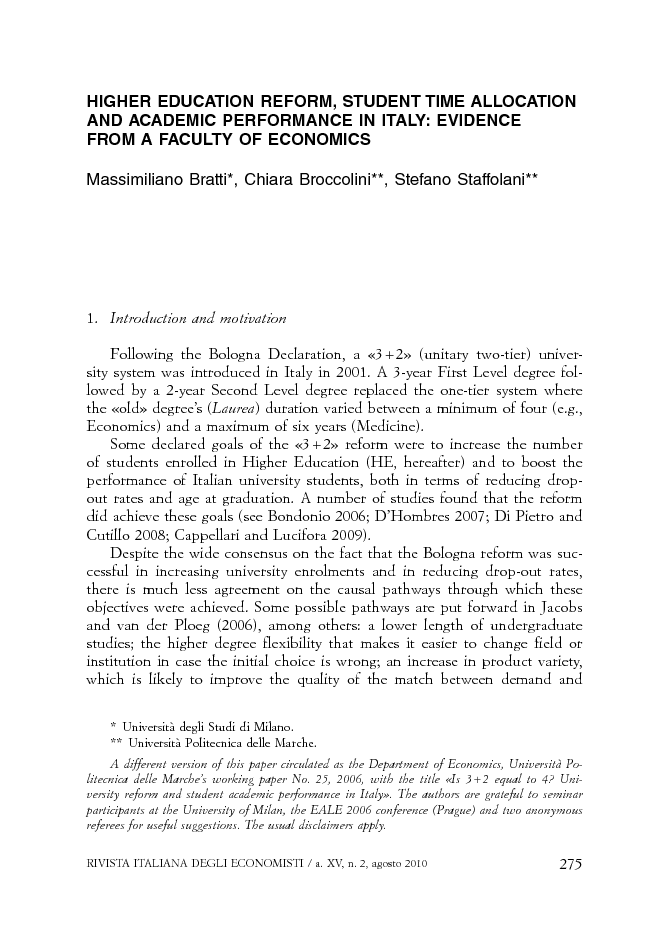