This paper firstly examines the dynamics of aggregate productivity, employment rate and per capita GDP of the Italian regions, giving a comprehensive description of the pattern of regional inequality. The non-parametric analysis of the discrete Markov chains shows that the emerging feature of the dynamics of employment rate and per capita GDP is "stratification", with the formation of multimodal long-period distributions. While most of the Southern regions are being caught in a poverty trap, the Central ones display convergence. Furthermore, the North East moves towards the upper estreme whereas the income of some of the first industralized regions declines. The partial convergence shown by the aggregate productivity does not contraddict the widening of the regional gaps because in the poor South this reflects the strong dismissal of employees, while in the rich industrialized areas it depends on the increasing importance of the services. Moreover, the pattern of productivity in the industrializing North-East displays divergence. Secondly, applying regression trees, the last part of the paper shows that, given structural initial conditions, the development of the manufacturing sector is an important source of the persistence of the high degree of inequality across Italian regions. It appears that the "stratification" earlier found in the unconditional distribution dynamics of the per capita income is well explained by industrialization. 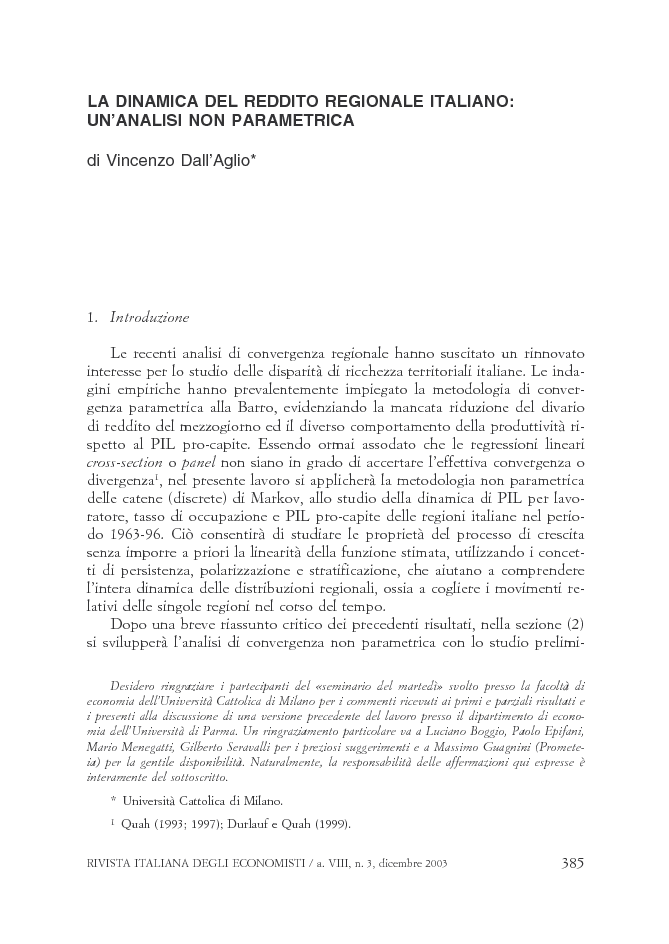