The Italian political system has gradually been presidentialised over recent years, so that political actors and game rules typical of a presidential system are becoming more evident and influencial. Heads of government, on the strength of new popular legitimation and increasing media coverage, have developed autonomous strategies to govern - and legislate. Despite electoral reform in the 1990s and changes to parliamentary regulation aimed at strengthening the role of the executive in both Houses, we have nonetheless witnessed in recent years a tendency on the part of government to override parliament rather than to obtain its support. This article focuses on the use of decree laws during this long Italian transition as one of the most useful yardsticks for measuring the extent of the transformation. First we will analyse the evolution of the executive's legal powers during the different institutional political phases of the Republic, showing how often emergency decrees have been relied on over the last twenty years. We will then attempt a qualitative analysis of this phenomenon, looking at how many different areas these decrees have intervened in, and also using a well-known public policy classification system developed by Theodore Lowi. The final part will look at specific aspects of the adoption procedure for decree laws, with particular emphasis on devices the government uses to force the will of the Houses. 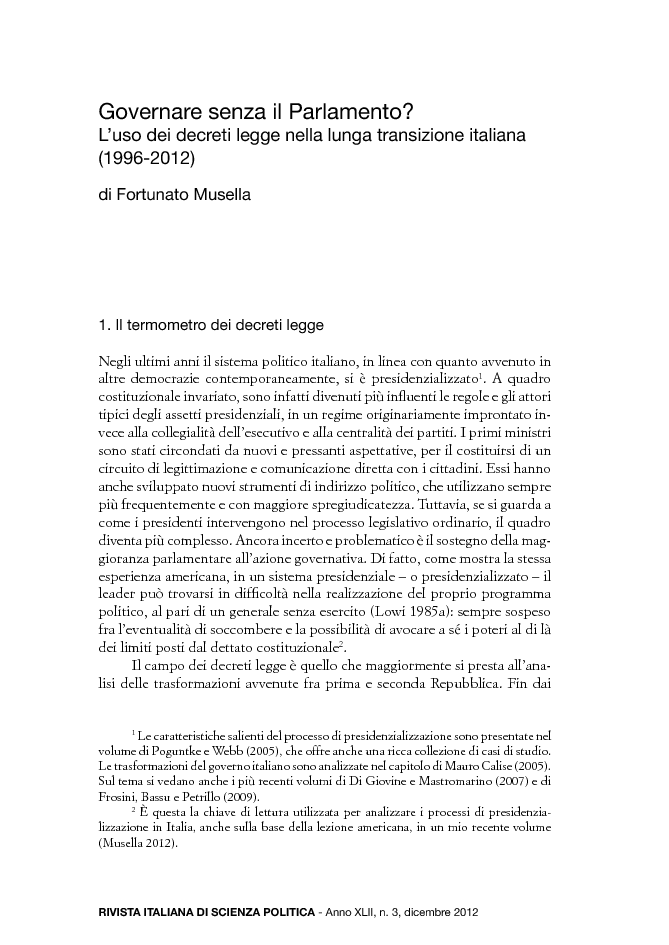