The topic of legislative party unity has received growing attention from scholars of comparative politics in recent years; however, the study of legislative party unity in the Italian context has been by and large excluded from most of the literature. The purpose of this article is to fill this gap by shedding light on the magnitude of the phenomenon of legislative voting defections and offering some possible explanations for these defections. Drawing on an original dataset spanning over three legislative terms (13th, 14th, and 15th), the results of this study suggest that the traditional image of Italian politics dominated by strong party organisations overwhelming the individual components of representation is to a large extent still valid, at least in the field of legislative voting. This does not mean that parties are able to perfectly control the parliamentary activity of their members. On the contrary, defections from the official party line are present in Italy as in other parliamentary democracies and here too they are driven by the structure of opportunities in which elected representatives operate. In particular, we show that individual characteristics have no discernable impact on legislative voting, while party reputation, inclusion in government coalitions, and the electoral system are all relevant factors in explaining the propensity of MPs to break party discipline. 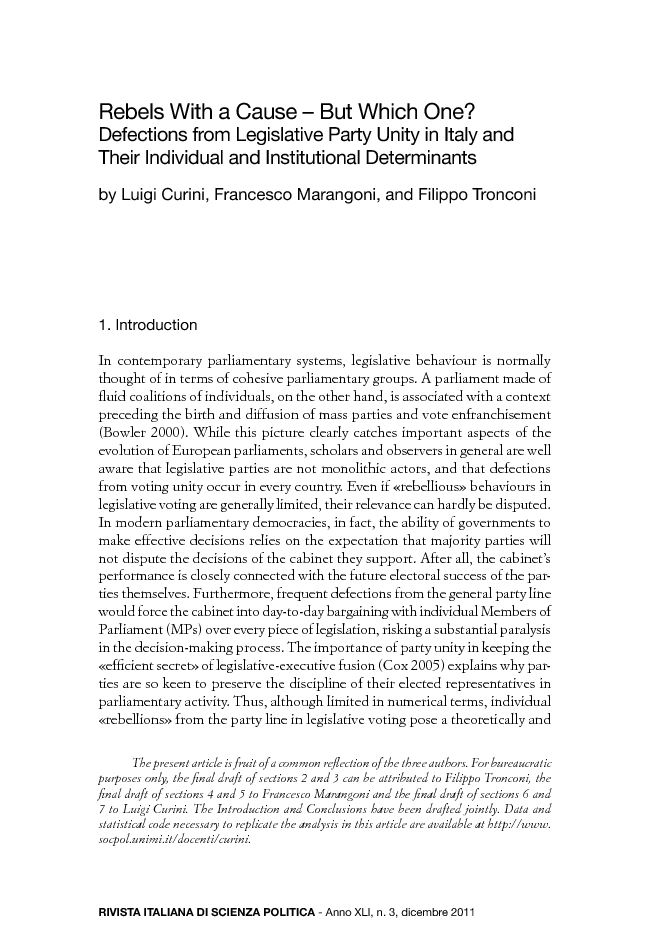