This paper aims at debating Waltz's theory of international politics as a micro-economic model of international relations. First, it focuses on the structural principle of functional differentiation, and suggests that Waltz's model theoretical consistency requires to assume both internal and external functional indifferentiation of international actors: systemic shoving and shaping pressures are assumed to make states not only similar in the domestic functions they have to carry out in order to survive; but also in the balancing logic of action by which they behave in international politics. Second, the paper argues that since balancing policies are ideal-typical behaviours of both great and small powers, then the notion of structure offered by Waltz lacks the differentiation of logic of action that market implies in economics. Accordingly, it maintains that Waltz does not succeed in defining price and products in international politics. Third, the paper revises Waltz's structural model building on the idea of power exchange between security producers and security consumers. As a consequence, the notion of international stability is redefined as the result of both capabilities distribution and security exchanges. Eventually, the paper suggests that such a definition might improve the study of stability in unipolar settings, such as the contemporary system. 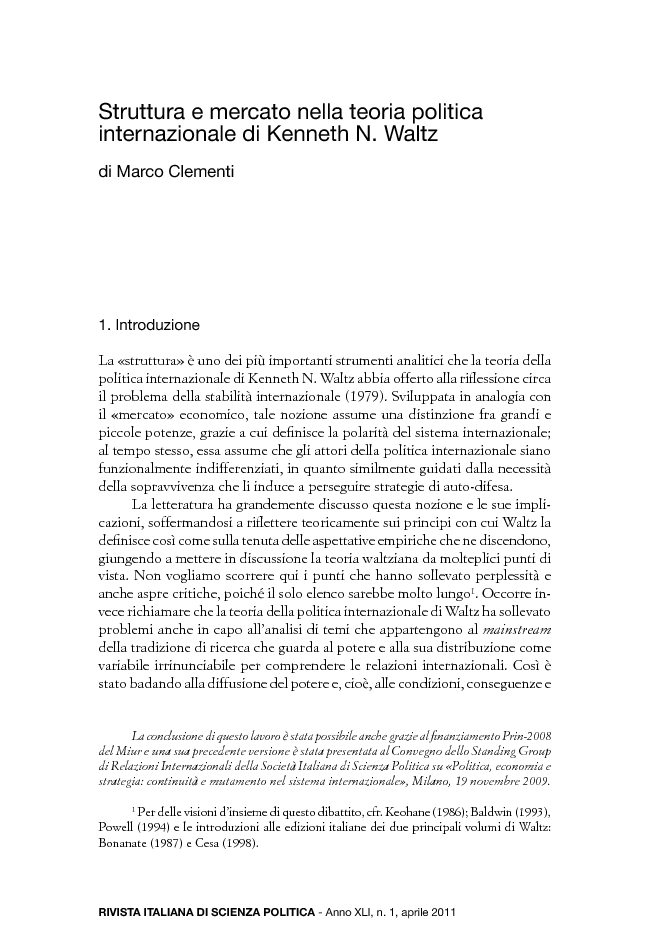